Bullying| A Series on Mental Health For Adolescents

What is bullying? How should we react to it and more importantly, why should all of us know about it. These are some of the many questions answered in this episode Bullying of the podcast ‘What’s on my mind?’ for mental health of adolescents. 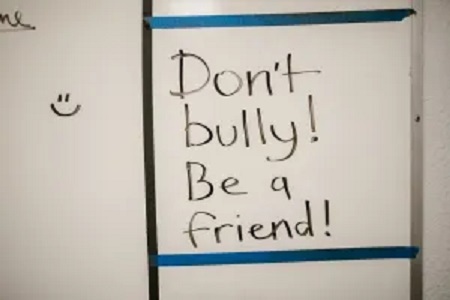 It’s the age of memes and instant virtual public shaming. One wrong word and you could be ‘cancelled’, felled brutally, name called and trolled by a huge mass of strangers you have never met. Where earlier bullies had names, today it’s all smoke and mirrors, a stab in the dark but the devastating effect of feeling helpless in the face of bullying remains stronger than ever. At Bookosmia, our youngsters have, with great courage, spoken up about the harassment they have faced from bullies. They busted the popular misconception that bullying is experienced by and affects only the ‘fragile’ children of the metros as Bookosmians from locations as varied as Kiccha in Rudrapur district, Uttarakhand to Kolkata to Sharjah all opened up about it. 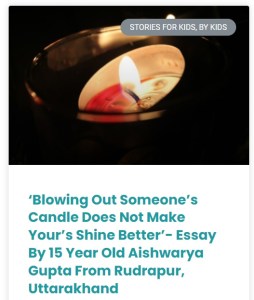 What effect does bullying have on youngsters and what can be done to prevent it?
These are some of the important points our young podcast hosts Reva Upadhyaya and Ditya J Nair raised with psychologist, family therapist and counselor Karishma Mehra in this insightful conversation. 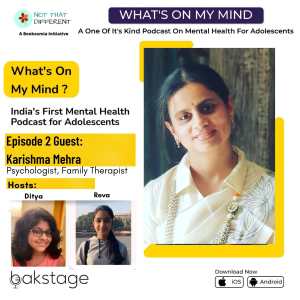 Reva began the conversation by sharing the story of her friend who was so affected by bullying that their confidence broke down and they began to feel ashamed of themselves. This prompted her to raise a pertinent question.
Where do we go if we feel bullied?
The thing that many of us tend to overlook is that each of us has something called a coping mechanism where the brain is already tuned to managing our emotions. Our presence of mind tells us when something is not right with us.

So how does one respond to bullying? When such a situation occurs, our brain goes on auto-pilot and copes by picking one of the following responses:

Freeze – where you stall, do nothing and take a pause, giving yourself a breather as you evaluate your steps ahead.
Fight : Where you confront the bully, challenge their actions and decide not to take things lying down.
Flight : Where you simply leave the situation and see if that descalates things.
Fawn : Where you become friendly with the bully or take their actions or words lightly.
Responses vary one to the other but it is important to remember that we all do our best to save ourselves. Often, a lot of us don’t realize that we are bullied until later so it is important to stay in tune with how we feel.

Once we figure out that something that is being said or done is causing us stress or unease, the first part is to reach out – with the three person rule.
Always know the three people who will be there for you- it need not necessarily be your classmates. It could be one professor, one neighbour, one peer or others similar whom you can trust and go to when you need support.
This isn’t always so easy. When troubled by a peer, you fear for your self image. You fear that if you took up the matter to the authorities, you could be labelled a ‘complaint box’.  However, the importance of knowing the fine line between what is acceptable and what’s not cannot be underscored enough.
Have confidence in yourself.
Just reach out.
It is not always wise to fight back right there and then.
Maybe the bullies aren’t the only problem. Maybe there is another underlying problem that needs to be dealt with first.
Ditya, who spoke candidly of being bullied herself, had a question for Karishma.
Has bullying always been around or is it a contemporary problem getting bigger by the day?
Karishma felt that bullying was always around. Just that it has changed forms. From starting with eve teasing, it has gotten uglier especially with cyber bullying where it has become very easy to harass online under the cloak of anonymity.
During the pandemic everything went online and bullies took over this space as well. Hence, the absolute necessity for each of us to learn to deal with bullying and take the necessary steps to protect ourselves.
Start with taking a stand – that you will not sit back and watch when you see a bully. Remember that bullies derieve pleasure from the discomfort they inflict on their victims and not standing up to them only emboldens them to continue.
Team up and say “no to bullying” collectively, that is what will weaken the resolve of the bullies.

Are kids picking up cues from western shows as roasting becomes a part of the celebrity pop culture?
While the blame cannot be held on pop culture alone, the idea of roasting does add weightage to what is happening. Roasting as a format of entertainment is very subjective as one doesn’t know how the person on the receiving end is taking it. The biggest repercussion of bullying is a question every victim asks themselves- why me?
And from there it spirals into bigger fears like ‘Maybe it is because ‘I am not good enough’ and so on.
What are the consequences of bullying on emotional well-being?
Often, it has long lasting effects – manifesting itself into the foundation of who we are. It could leave us distraught and play on our minds for the longest time.
It could break down our social esteem, our belief in ourselves and make us incapable of connecting with our peers.  To the extent that even simple things like going to school could become challenging. And when parents force us to go back to the scenario where the bullies could reach us, it could do emotional damage. Hence, the need for reaching out and get help to cope with it.
What can we do to stop or prevent bullying?
Bullying has happened to us all at some point. We have been victims or have observed someone get bullied. It is important to know that we need to stand up for those who are being bullied. If the victim doesn’t have the courage to speak out, let us help them report it and streamline the process. Let us boost them to take control of their own lives. If we can be that one percent in the society who take a stand against bullies, we will be able to make a lot of difference to a lot of people around us.
Bullying often starts with a harmless banter. Sometimes we feel like we are just having fun with one friend, we are just joking around, but we never know how the other person might be taking it.
You can’t make your garden on someone else’s house.
It is important to have anti-bullying campaigns and continue to have conversations about bullying and how it can be prevented.
How you can tell if you are having fun or having fun at someone’s cost?
Be mindful. Would you like it if it happened to you?
That’s the question each of us needs to ask ourselves.
=======================================================
This article is the understanding of  Nidhi Mishra, Archana Mohan and Mugdha Kalra, co-founders of Not That Different movement while in conversation with psychologist,  counselor and family therapist Karishma Mehra of Happiness Quotient to understand mental health and embrace neurodiversity. The podcast is rightfully run by young Bookosmians themselves as mental health issues affect more than 1 in 7 adolescents. We encourage you to listen to the podcast on audible.com , hubhopper to make the most of this meaningful conversation yourself.
PrevPreviousGratitude and appreciation- My mantra | Essay | Bookosmia
NextTautogram poem – Are All Ahead? | By 16 year old Harshita from AssamNext
Upcoming Events
Submit Your Own Stories
Submission Guidelines 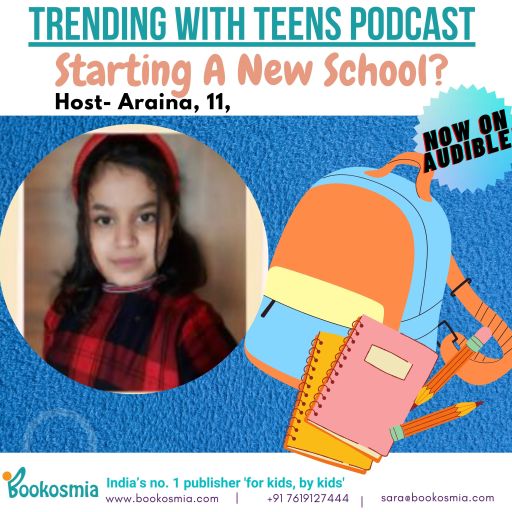 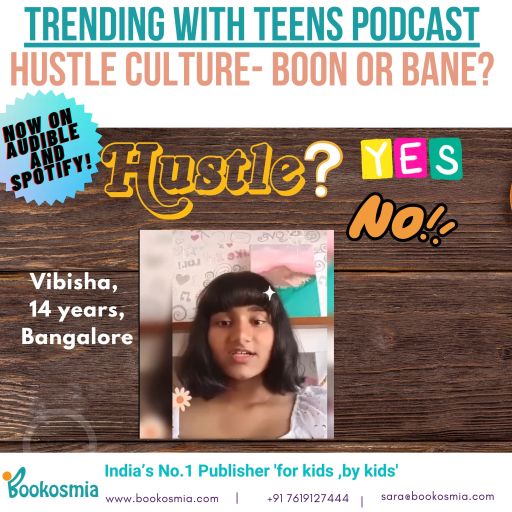 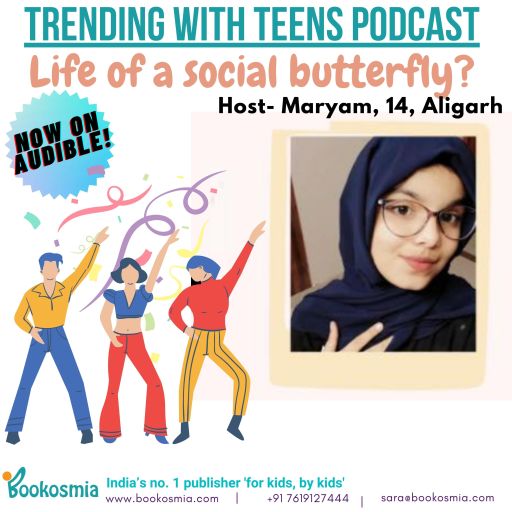 Social Butterfly-Myths and Truths | By Teen Podcaster Maryam from Aligarh