Cadbury Dairy Milk’s new ad! Did you see it? 13 year old Abhishruti Ghosh, a Bookosmian from Kolkata tells us why this ad is making waves. 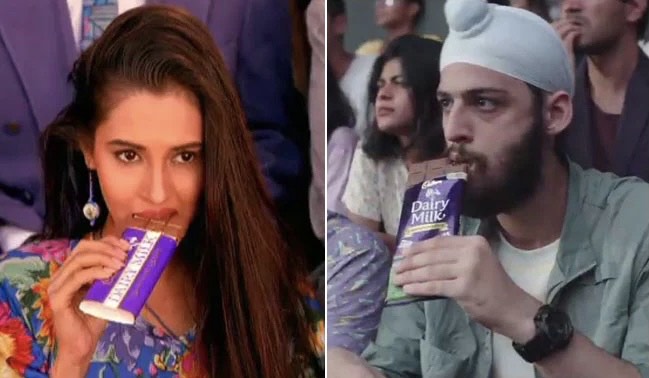 Kuch Khaas hai…croons a melodious vocal in the background as we see a match in progress. The scoreboard shows the batter on 99. He swings the bat and the ball flies in the air heading straight towards the fielder. His supporters look distraught but then the ball crosses over the boundary ropes and it’s a six! His exhilarated friend runs into the field with a goofy dance and they share a candy bar. That was the iconic ad of Cadbury Dairy Milk in the 90s that our parents all loved.
And now, come 2021, that ad is back with a twist!
The new ad shows a boy sitting in the stands and praying as his female friend plays cricket and he celebrates the perfect six scored by her with a carefree dance in the middle of a packed stadium along with the old music of “ Kuch Khaas hain”. Same theme but what a way to reflect how far we have come as a society!
The new gender twist in the Dairy Milk ad breaks the gender stereotype that girls should play with dolls and boys should play cricket. 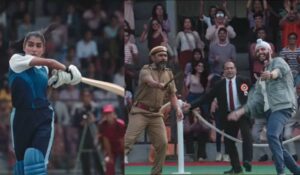 Cricket is undoubtedly India’s most loved sport yet it has often been related to as a symbol of masculinity. The ad goes an extra mile to break the age-old stereotype and reimagining its old ad and making it relevant in the current times where girls are creating new milestones every day from acing in the corporate world to winning Olympic medals.
It tells us that feminity is not about making women stronger. Women are already strong, its about changing the way the world perceives that strength.
We need women at all places, at all levels, including the top to change the question, reshape conversations and break the gender stereotypes. No woman should be afraid to do what she wants. Its true that we might as well get ‘bowled out’ in the game of life but when we hit a six the world shall stand up and take its hat off to you and that is worth being a woman for. 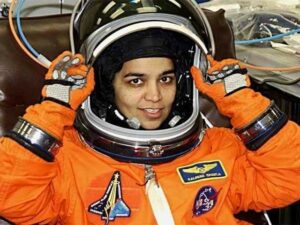 People often infer the word ‘women’ to inferiority and subordination, and one thing the world must know is that this has to stop. To stand up for a man and have his back is her choice but to stand up and speak for herself is her birthright.
This ad has beautifully brought out the fact that women should not be marginalized and instead of clipping her wings off we must give her a desire and a passion to break through all limits.
PrevPreviousElfchen Poems – Memories Of Rain, Snow And Everything Nice | Bookosmia
NextEquality-Knowledge Knows No Discrimination| Poem by 14 year old from AsansolNext
Upcoming Events
Submit Your Own Stories
Submission Guidelines