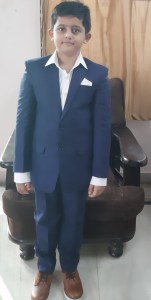 Once there was a dog named Zem. He was a stray who had mind-manipulating powers. He was generally calm but whenever he saw other dogs which were also strays like him being teased by humans, he would use his powers to punish them for what they did. But Zem knew that he couldn’t carry on like this forever. So, one day he finally decided to call every other stray dog to make a historical judgement.

When they all arrived, he told them that he would build a city only for dogs. All of them thought that this was a great idea. But a dog named Fez asked Zem, “How are you going to build it?”
Most of the dogs nodded at this. But Zem asked them not to worry and told  them all about his powers.

Instantly, all their doubts were clarified. They started searching for a place that  was perfect to build their city. Finally, they built their city in Amazon, the largest rainforest. But because the city was built in such a dangerous place, they built  a drawbridge that would not let other animals enter their city.

After ten years, Zem died and his son Arthur was crowned the new king. But Arthur was bad and was developing secret weapons that would destroy  humans and make them pay for what they had done all these years. An  explorer found this city but somehow, he escaped from Arthur. The news spread around the world and more people tried to invade the city. But they  disappeared. Rumors said that humans who went to the city were used to activate the secret weapons. After the disappearances, humans were scared, and no one gossiped about the city.

Arthur’s secret weapons were finally ready but while testing them most of the weapons burst and he was furious. He thought that the humans were not  doing their duty, so he started controlling their minds because Zem had  transferred some of his powers into Arthur when Zem was on the verge of  dying. But all the humans died because they worked day and night non-stop.

As all the humans died, there was no one to activate the weapons and Arthur’s fury was out of control. Arthur’s people were angry about this because Zem  had built the city, so humans and dogs live in harmony. But they kept quiet  because they knew that Arthur would kill them if they tried to stop him. Days  passed by and Arthur finally gave up his hope to make more weapons. He  knew that the weapons were now useless, so he tried to throw them, but they  were too heavy to carry. So, he ignited them, and he was successful in  destroying them.

That night he met Zem in his dream and Zem told Arthur that he always expected Arthur to be a great king, but he was wrong.  This made Arthur turn over a new leaf. From the next day onwards, he started being nice to everyone and became a great king. He demolished the entire city and rebuilt it underground so that no human would be able to find it. Arthur and his people lived happily ever after.