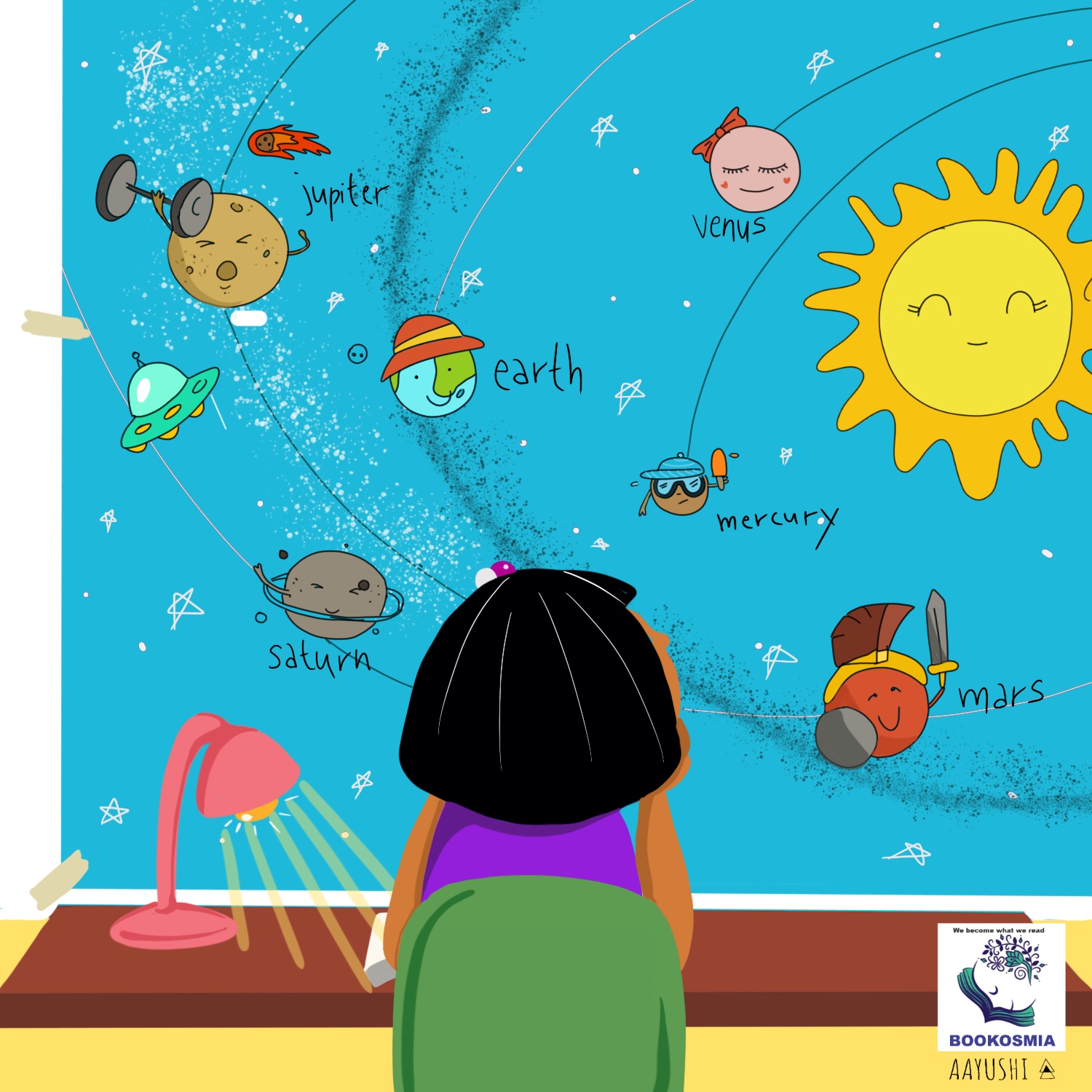 It was a bright, sunny day and Alice was doing her homework, well part of it.

While she was physically present in her chair, her mind was wandering off to 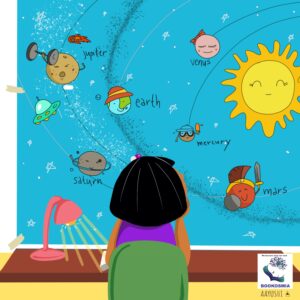 space into the deep realms of moons and stars. This had a lot to do with the decor of the room. It was deep blue in colour with paper planets stuck on the walls. It had models of rockets and pictures of astronauts too.

There was a loud knock on the wooden door which echoed around the quiet room. It was Alice’s mother.

“Lunch is ready! It’s your favourite tomato soup,” she said. Alice said she will be down in a minute and reluctantly focused on the homework.

She heard a sound behind her.

“Mom, I told you I will be down..aaah!” she screamed. There was someone, rather something weird sitting on her bed. Even weirder, she was screaming at the top of her voice but no sound was coming out.

“I am Girnock, a descendant of the Scrumgour family of aliens. We are called Vervians.”

“Yes, Vervians and I’ve been told to bring you to our planet Zoroxus. I will now remove the mute spell on you if you promise to remain quiet. Deal?” the alien said in a deep but calm voice. 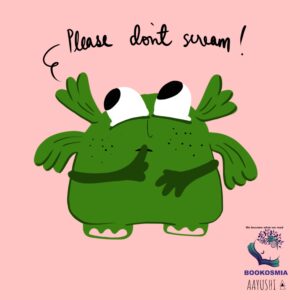 Alice took a deep breath trying to soak the events around her. The Alien aimed a gun at her and a white light came out of it. Alice felt her voice come back. She still couldn’t believe this was happening to her.

Girnock, the alien took out a watch and put it on her hand. “I’m going to back up the time until five so we have some time to do our work,” he said.

“What work?,” Alice asked, horrified at the thought of being alone with a weird creature without knowing its true identity. She followed the alien nervously, becoming a wreck when she had to jump a foot down into the open window of a huge spaceship. She jumped and was surprised to see that nothing happened to her.

As the spaceship lifted up, through the roof of her house, Alice saw her mother in the kitchen, her friends in the park and no one noticed the spaceship zipping up near them. Alice was shocked. “Can’t others see the spaceship?”

“Oh, of course not,” said the amused looking alien.

There was a loud swish and she was in space! She looked around trying to contain the excitement of this moment. As the spaceship moved, she saw different planets, galaxies and weird creatures.  Suddenly, a dark cloud enclosed around the spaceship.

“Brace yourself, here is the challenge for which you were brought here,” said Girnock and showed her the dark cloud that was taking shape. It was none other than a rocket with a sticker saying ‘NASA’!

“NASA? That’s from my planet!” said Alice in confusion and excitement.

“Yes. They discovered our planet some years ago and have been taking some of us back to their labs to test,” he said, looking sad.

Alice couldn’t believe it. For the first time she realized that the human species is an alien one for another species.

“Your love for space is so deep that your thoughts travel through dimensions. That is how we were able to hear you and we thought of taking your help,” said Girnock.

The alien spaceship docked near NASA’s rocket and Alice went in to explain the situation to the human astronauts. They were shocked to see her at first but later understood and said that they won’t disturb the aliens again.

Alice returned to the spaceship and told Girnock the good news. He jumped up and down in joy and thanked her.

Alice said she will never forget this day.

“Unfortunately, I have to erase your memory for your good and mine but we will always remain thankful to you,” said Girnock.

Alice woke up with a start as she heard her mother’s voice calling her to come down for lunch. She got up unsteadily and walked down with a smirk in her face. The memory eraser hadn’t worked. She remembered everything.

PrevPreviousLetter to Astronaut Christina Koch by an 8 year old girl from India
NextDid someone say cricket is a boys’ game? | Shafali VermaNext
Upcoming Events
Submit Your Own Stories
Submission Guidelines