What happens to friends when they are faced with danger? 12-year-old Shehryaar writes a story about a squirrel and deer. 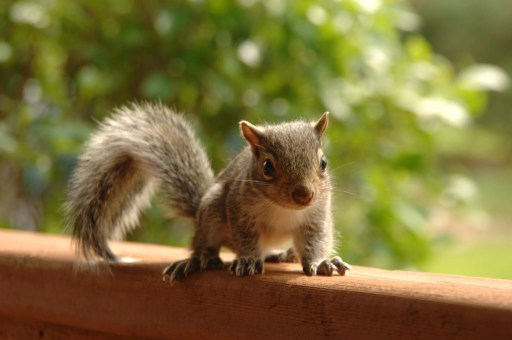 Robert replied, “Sure. But it’s a long way from here. I’ve got to ask my mother.”

To which Nuts replied, “Oh, don’t be so scared! You’ll be back home in no time at all.”

They both screamed at the very sight of him. Robert rushed away in panic, but then he realised that he had left Nuts behind. When he went back, he found that Nuts was frozen still in front of the fox (a common squirrel instinct).

Mr. Gordon licked his lips and said, “I haven’t had squirrel for dinner in a long time.” He was about to grab Nuts when Robert screamed from behind the bushes. “Well, well! What do we have here? A live and healthy fawn. He would make an even better dinner,” said Gordon. He forgot all about Nuts and began chasing Robert. Nuts was alarmed by the scream and rushed to get help for Robert. He went to Mr. Copper, the wise squirrel who knew everything about how to trap foxes and other predatory animals.

He lent Nuts his best mousetrap, known as the Great Foxtrapper, used by him to defeat most of his predatory opponents. Nuts ran as fast as he could and was just in time to overtake Mr. Gordon, who had cornered Robert. He dropped the mousetrap in his path, and before Gordon could stop himself, his foot got caught in the mousetrap. “Ow!” cried the hapless fox, whose foot was now swollen and red just like a tomato. After removing the agonizing trap, he could barely walk! Then, the nimble Nuts thumped his other foot with a thick yet short log. “Ah!” exclaimed the fox who felt the greatest agony of his life. However, he managed to crawl up to his abode and didn’t come out for several months. Both Nuts and Robert went back home and told their parents what they had done. Their parents were shocked and scolded the children for their deeds. But they also praised their excellent teamwork and their wonderful strategy in freeing the forest from a major terror for some time.