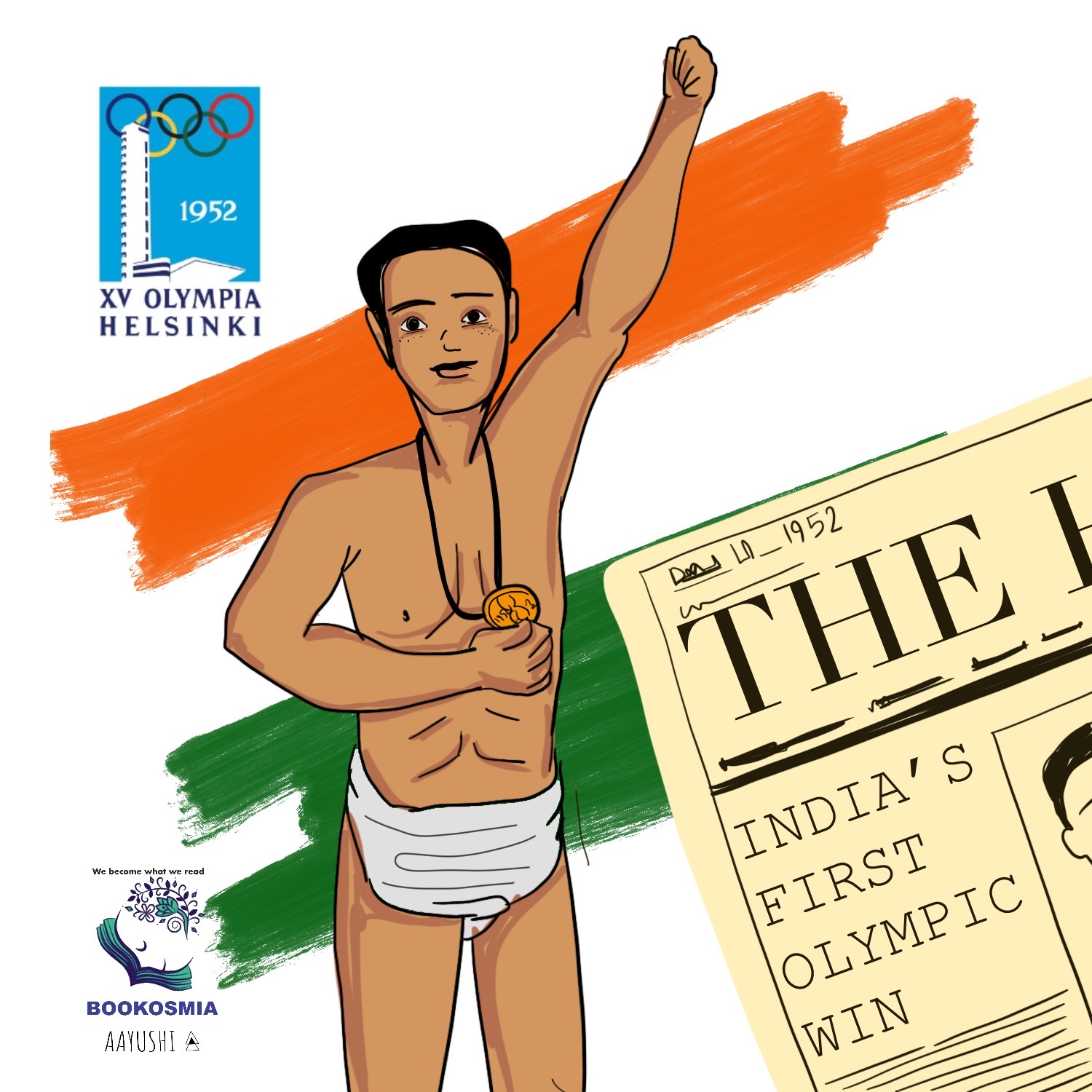 It was the 1930s. In a small village in Maharashtra, five brothers played around  the mud-pit. ‘Father isn’t looking,’ they thought as they teased each other, pinning each other down and fooling around like only siblings can.

Their father Dadasaheb was watching all the silliness but he chose to ignore it.  He was focused on his third son, Khashaba.

Khashaba was a lean and lanky child who looked nothing like a wrestler but his  father, a wrestler himself, had seen something in him that he had never seen  before.

Dadasaheb began to take a special interest in Khashaba and took him along to wrestling competitions in village fairs. Khashaba was skinny and people made fun of him as they saw his big and bulky opponents, twice his size.

But all that would stop the moment he got onto the wrestling mud-pit. You see, Khashaba’s looks were deceptive and almost no one got the better of him in the wrestling arena.

Dadasaheb was pleased with his son’s progress and enrolled him in an akhada.  An akhada is a training school for wrestlers. Thus began Khashaba’s strenuous training in which he learnt the finer aspects of professional wrestling. To keep fit, he did about a 1,000 sit-ups and 250 push-ups  everyday and ran several  kilometres to his school, which he was also juggling on the side.

His hardwork got noticed. He was selected to represent India in the 1948  summer olympics at London. Khashaba was overjoyed but that paled in  comparison to his nervousness.

He had grown up on mud wrestling but the Olympics events took place on a wrestling mat. He had never played on a wrestling mat. His friends and  supporters ran frantically to collect funds for him. A hard local mat made of  coconut husk was found for him to practice. The Olympics dress code  specified formals – shirt, trousers, blazer, socks and shoes- all of which he had  to borrow since he did not own any.

At the tournament, Khashaba ended up sixth overall, an impressive result for  someone that had never played on the wrestling mat. He wasn’t satisfied and  so for the next four years, he pushed himself, working harder than he had ever  done.

The moment he was waiting for arrived finally in 1952 at the Olympics in  Helsinki. Khashaba had a dream start winning the first five rounds before  losing to Japan’s Shohachi Ishii in a marathon bout.

The fight exhausted him and he looked forward to a break until he heard a shocking announcement.

He was asked to fight Soviet Union’s Rashid Mammadbeyov immediately.

According to the rules of wrestling, there has to a 30 minute break before the next fight but since there was no Indian official around to support his case, he was forced to play right away.

With no energy left, a tired Khashaba lost to his opponent but history was made!

He won the bronze medal, making him independent India’s first individual Olympic medalist. It was a feat that took 44 years to match when Leander Paes won a bronze in tennis in the 1996 Olympics in Atlanta.

Khashaba had won over the world with his spectacular achievement. Unfortunately, he received no national awards, honours or financial help despite his sporting heroics.

He died in 1984 and it was only in 2001 that he was finally honoured with the Arjuna award.

Thankfully, things aren’t as bad now for Olympians. The government has made more efforts to support wrestlers by helping them with their training, traveling and diet. Sponsorship by big companies has helped wrestlers considerably.

A wrestling champion, a teacher and a hero, Khashaba wore many hats. Perhaps the greatest gift he gave to us was the confidence to dream big. Thanks to him our wrestlers like Sakshi Malik, Sushil Kumar, Yogeshwar Dutt and the Phogat sisters play with the confidence that if a boy from a small village in Maharashtra could do it, anyone can.

PrevPreviousOlympic Day-The Struggles That I Overcame| Story by 9 year old from Chennai
Next#SaraReads: Story-In The Middle Of The SeaNext
Upcoming Events
Submit Your Own Stories
Submission Guidelines