Santa And His Reindeers – Getting Sleigh Fright 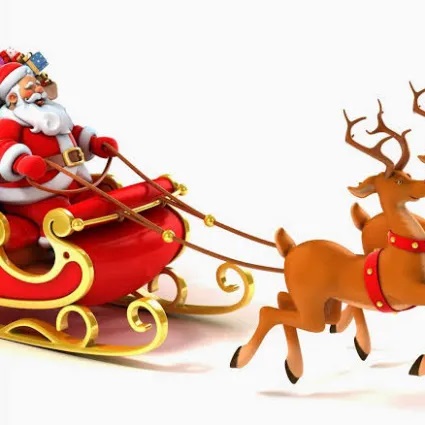 Santa’s reindeers can get cold feet too! Read this creative story by 7 year old D V Lakshan from Bangalore to know more.

He goes to Vydehi School of Excellence. 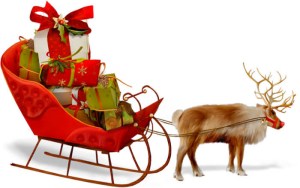 Once upon a time lived Santa and his lovely reindeers. Kids usually went to church to get gifts from home.

It was a snowy day, but the sun slowly began to make an appearance. The reindeer began to get cold feet about traveling as they were unsure of the weather conditions and they had a lot of deliveries to make

“We have to be quick!” bleated one of his reindeers. But Santa knew he had to make his reindeers calm, so he told them, “Don’t worry, I will make sure we will go faster than any race car in the world”. That did make them feel calm. 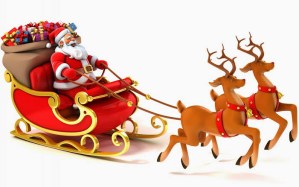 Santa sang merrily and his reindeer sped merrily away to the church. The children were astonished to see so many gifts waiting to be taken from Santa’s sack. So, the children made a mad dash while Santa gave them the gifts they wanted. Santa also gave the children merry rides on his sledge. This is the story of Santa and how he helped his reindeer get over their fear of bad weather