Roger Federer: A legend like no other | Blog by Himanksh, 16, Delhi

Roger Federer finally hung his boots. How much has he inspired tennis and the world in general! 16 year old Himanksh from Delhi recalls the time he saw him play and the impact he had on him. 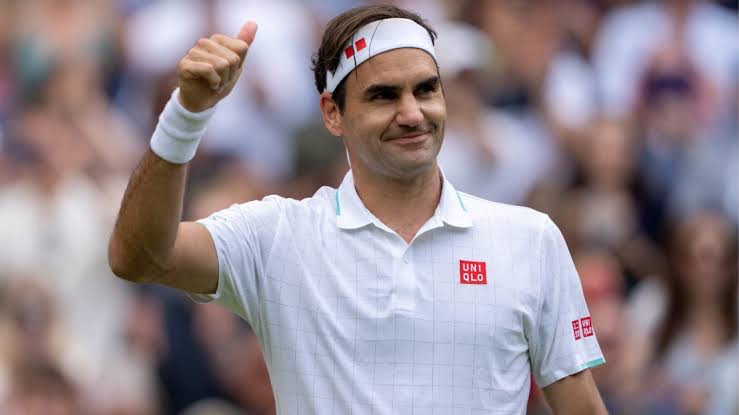 There are some people who inspire , there are some people who teach us a new way of life and then there are some people who help us define success. One such man is Roger Federer. To watch him play is an honour and I am fortunate to have experienced that.
As I had a priority pass I got the chance to trace him every moment from him getting down from his car till the moment he left the court . There was a charm on his face and an elegant walk followed it , how calm he was just before the finals got me stunned . He entered the court , ran some rounds and stretched , the determination just glaring in his eyes while he looked at the trophy.
Every little thing about this man was to be noticed and felt , from the way he had his kitbag arranged to how neatly he conducted himself . The match started , while it got tense so many times in between , the smile never left his face and he made it look like he owned the court . The celebratory point had been taken and his eyes were filled with victory sprouting in flames  , I just thought , now he might start celebrating but the first thing he did was go upto his mother  . Just from that one day , I had so much to learn about . A man destined with passion throughout the 1500+ matches played over his 24 years of the tennis career .
Now as this icon is taking retirement , tears have come into our eyes just realizing we won’t be seeing a backhand perfectionist on court again with the same charm , Federer played with .
Relationships are made in heaven , is something all of us have heard , but Federer was one such man whose rivalry was made in heaven , with another legend Rafael Nadal . Comparing this to football we could call it as the rivalry between Cristiano Ronaldo and Lionel Messi or in cricket as the rivalry between Shane Warne and Brian Lara . Federer’s biggest career defeats have come against Nadal ,with Nadal breaking his Wimbeldon streak and quite many times pushing him out of the Wimbeldon . Both of them are famous for playing top tier tennis as their daily routine. Not once has a match between them not left the audience with their jaw stuck down . Avoiding a heated rivalry , they are great friends on and off the court . A rivalry which has shaped into an unbroken bond of friendship that will never be seen on court again. 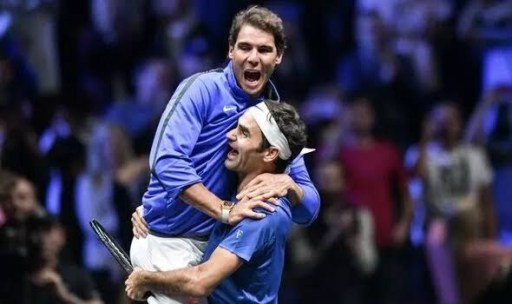 This was a side that everyone knows about him .What people don’t know is  that off the court ,  Federer is a family man , a father to two boys and two girls with a loving wife and parents . In his free time , he choses to go fish or play video games . Quite ironic that seeing his play style ,Federer even gets time to play video games ! At this stage he’s not only a world class tennis player , but a personality to be seen carefully and followed . There is no league left to be dominated by Roger , from Rolland Garros to the Australian open and the world’s biggest competition ‘The Wimbeldon’ . This legend is not being spoken about just without any reason but what defines him is his hard work and passion for a sport making him the apple for the eye .
I myself have played this game for over 6 years but could never be as passionate or determined as the legend Roger Federer . While it looks so easy on the television , the way Federer has perfected the small complexities in his 21 year tennis career is delightful .This legend has removed his shoes from the court but his footprints will remain forever. Roger Federer , a true life model.
PrevPreviousThe common crow : My uncommon friend| Poem by Anooja, 13, Sharjah
NextDinosaur story : Baby dinosaur gets back home| Story By Taksh, 6, VapiNext
Upcoming Events
Submit Your Own Stories
Submission Guidelines