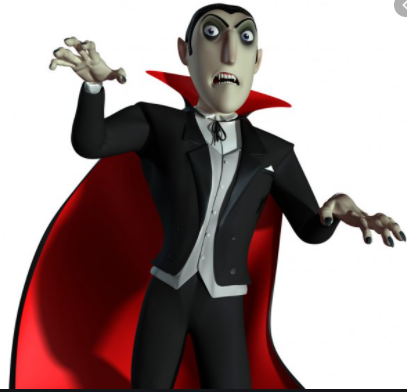 Somewhere in the middle of long long ago, there was a Dracula Kingdom and it was ruled by a very cruel king.

But there was a ray of hope in the kingdom when the Queen gave birth to a  son. They called him Blade.

Years later, when Blade was trying to visit human land, the king tried to stop his son. He said, “Never go into the human world because they are clever and  can betray you, like I was betrayed once.”

But instead of listening to his father Blade went to the human world because  he was mischievous. He climbed up an old tree to see the view of the human  land. And just while getting down, he fell down but his fangs got stuck in the  branch of the tree. He was crying for help and just then a brave girl who was hunting in the forest, heard his voice. She was the brave princess of human  land.

Her name was Rapunzel.

She was shocked to see a Dracula. But she decided to help him. She  immediately saved him and told him that his father was wrong. All humans are  not bad just like all Draculas are not bad.

So Blade went to his dad and told him about what had happened in the forest.

The king understood and said that he wanted to meet Rapunzel. When  Rapunzel came to Dracula Kingdom, the king and queen thanked her for  saving their son’s life. The king also said sorry for hurting humans and  misunderstanding them.

Blade and Rapunzel became best friends and helped Draculas and humans  whenever they were in trouble.