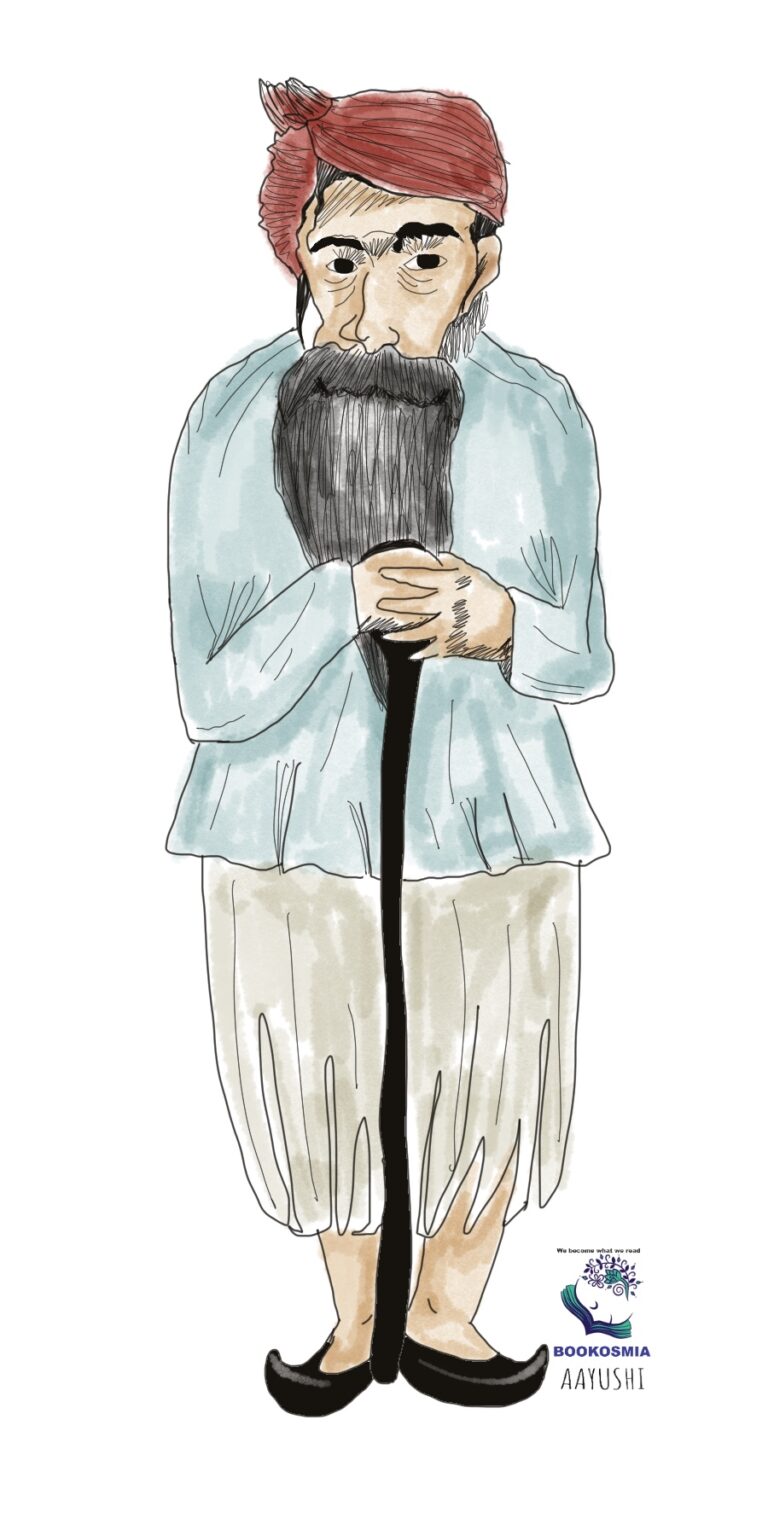 As I woke up, I saw a queue of eager villagers waiting for me to offer them some food and water. It had been a rough season for us farmers in drought hit Rajasthan and we all depended on each other‘s generosity. I tried to help out as much as I can but I had to provide for my family too. Somehow I managed to give something to everyone and went back to my cot to complete my sleep.

Suddenly there was a knock at my door again. I opened the door, ready to show my frustration but the moment I saw the person outside, my thoughts changed.

It was an old man, who looked like he had been traveling a lot and as if he could die any moment. I quickly brought him inside and asked him to take a seat. He  was extremely thirsty and asked for a glass of water. 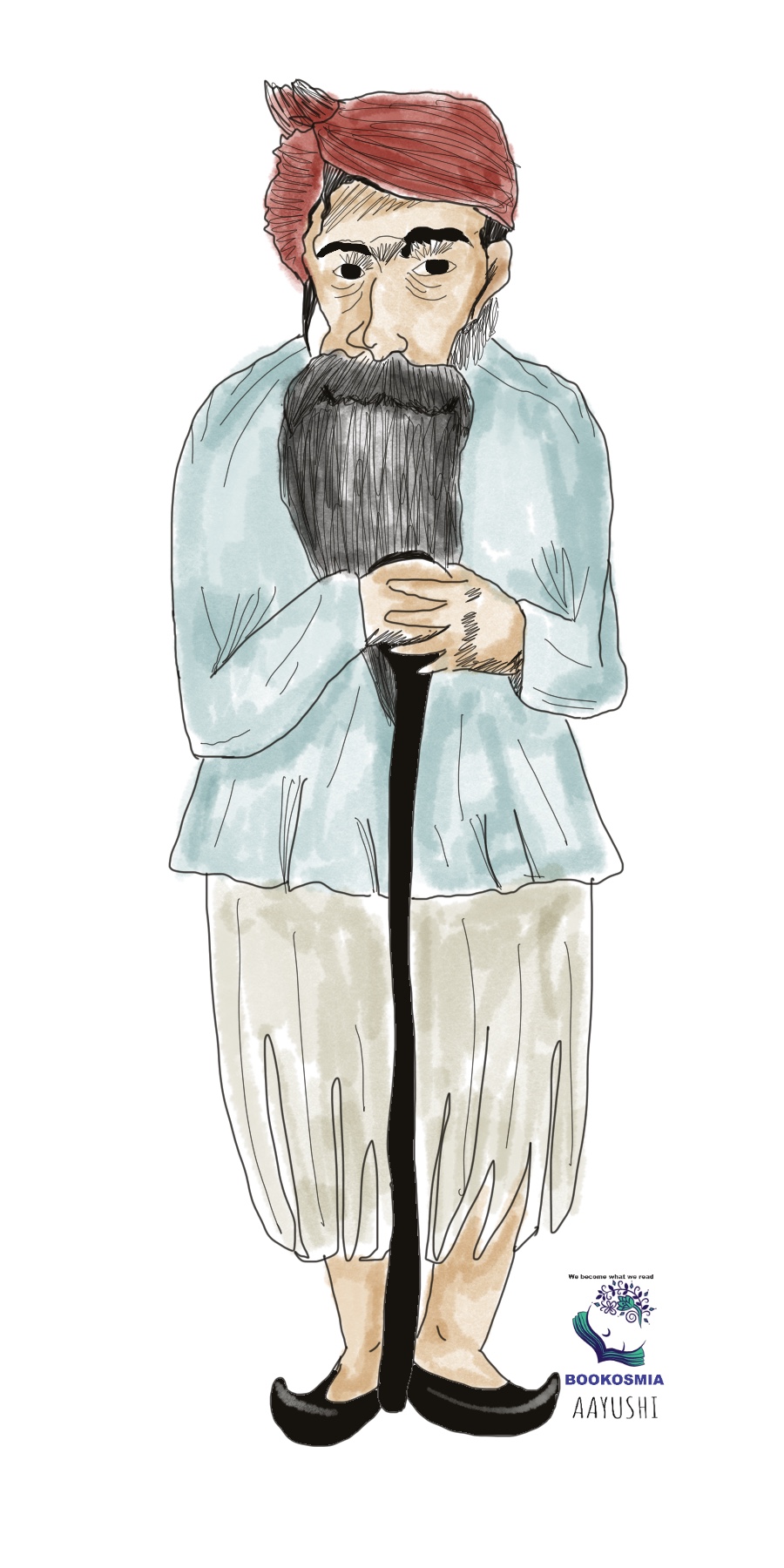 I quickly brought it and comforted him till he felt better. The old man held my hands and told me I was a good man. He took out a glass from his old and dusty bag and held it out. I thought he was asking for some more water but when he told me to take the glass I realized it was for me. I refused but he
insisted.

“Water served with a pure heart is nectar. If not, it is poison,” he said and  walked away slowly. I was amused at his words that made no sense to me and went back to sleep.

The next morning my wife complained of a headache and wanted water. I got  up and took the first glass that I could reach. I gave her the water and the moment she drank it she looked at me and exclaimed that her headache is gone. I told her to stop joking and asked her if I should get her some medicine but she said no. She was absolutely fine now and was feeling fresher than she had ever felt.

I saw the glass she was holding and realized it was the glass that the old man had given me. My wife heard the whole story of the old man and told me that this could be a magical glass but I did not believe her. 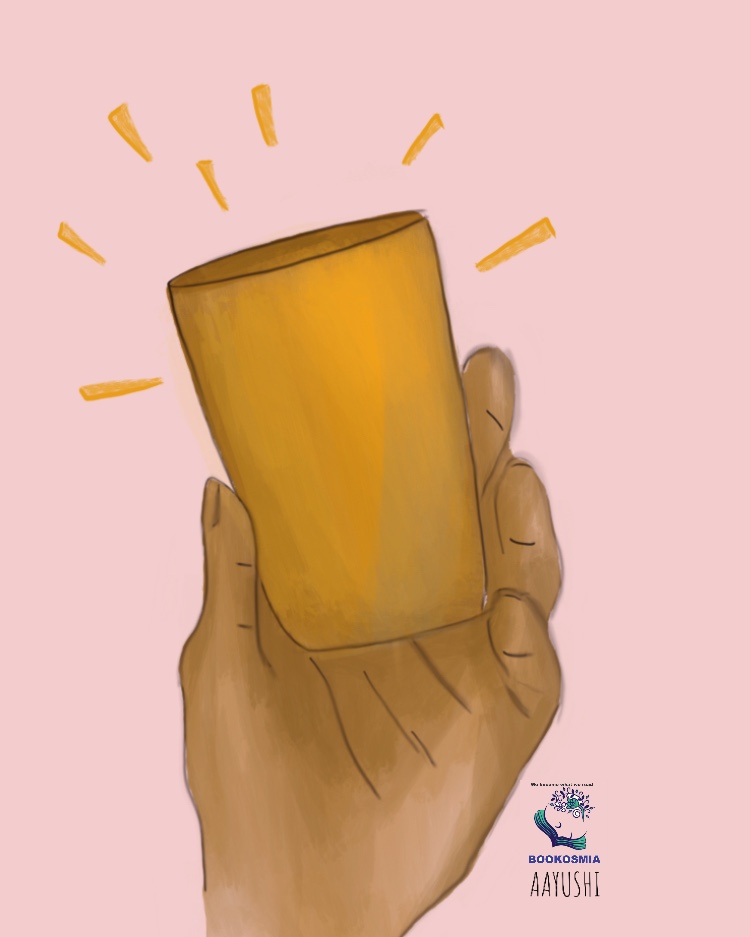 To test her theory, she filled the glass with water and gave it to our neighbor Rakhi who had been suffering with fever for the last three days. Within minutes of drinking the water, Rakhi’s fever vanished and she began to dance!
My wife came screaming with joy in the house and told me that it indeed was a magical glass. I couldn’t believe my ears.

After a few days, word had spread about the magical glass and many people began to come to us to cure them.
One day, some soldiers came to me and told me that the queen Mona wanted the magical glass.
“Is she sick?” I asked.
“No, she has got a few pimples she wants to cure,” said the soldier. He also said that in return the queen will give me one lakh rupees. I had never seen such  kind of money in my life and was not sure what I should do.

On one hand was a long line of villagers, some of them extremely sick who really needed this glass of water, on the other hand it was the Queen‘s order and she was giving me one lakh rupees for the glass. I decided to give the queen the glass and greedily took the money.
The next morning, as I was making plans to spend my wealth, the soldiers returned.

“The queen got very sick after drinking the water and is in serious condition. We have come to arrest you,” they said.
I was shocked to hear this. The glass had always made people well, not sick. I protested but the soldiers tied my hands and took me on the horse. On the way, a lone figure stood behind a rock, watching me intently. It was the old man. After seeing him I remembered his words “Water, when served with a pure heart is nectar. If not, it is poison.”