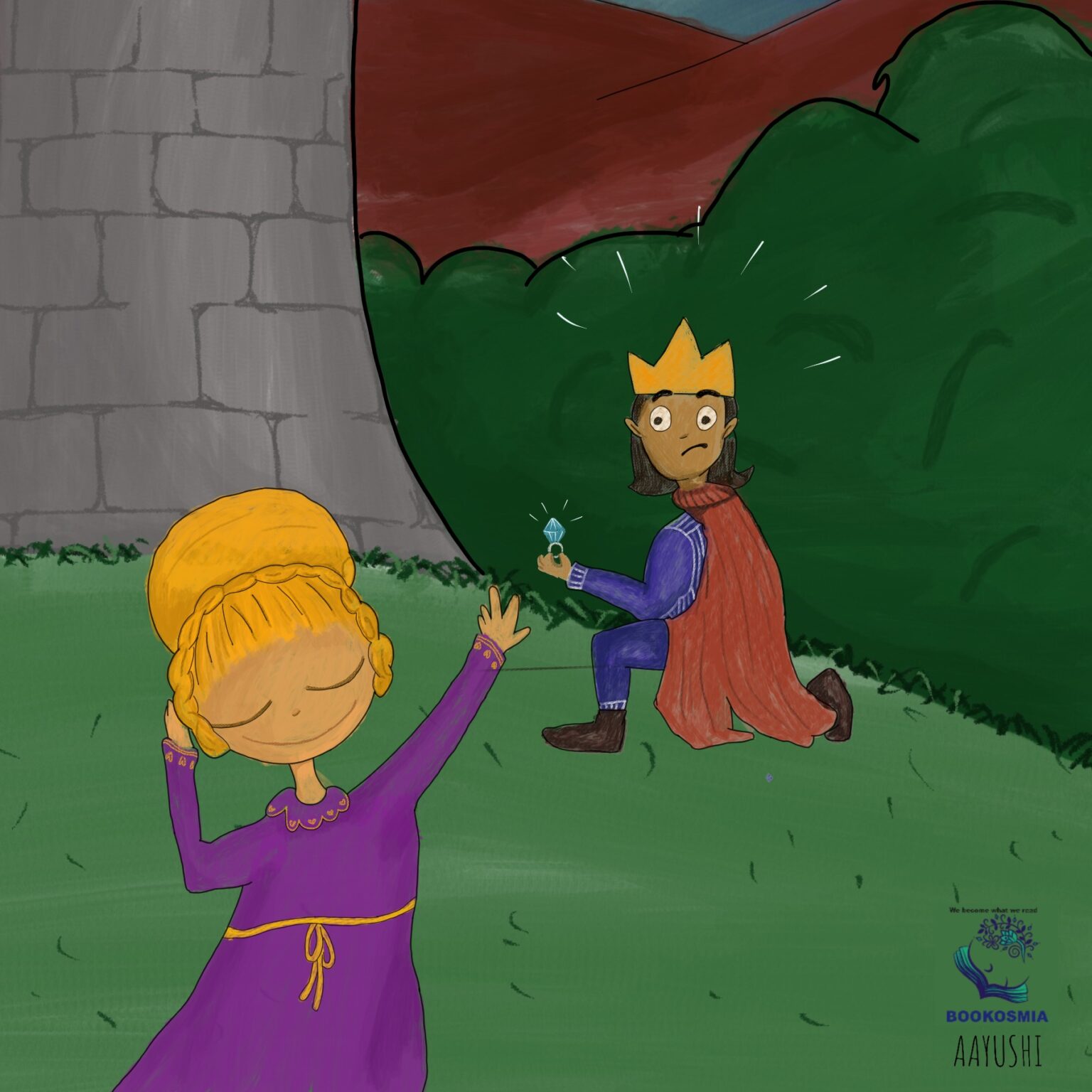 Once upon a time, in an isolated tower, lived a young girl called Rapunzel, with her mother, Dame Gothel. She had the most beautiful voice which sounded like music to the ears. But nothing surpassed the beauty of her golden hair, that stretched like a dream. Rapunzel sat next to the window of the tower, hoping that someday, her mother would allow her to go out and see the world. 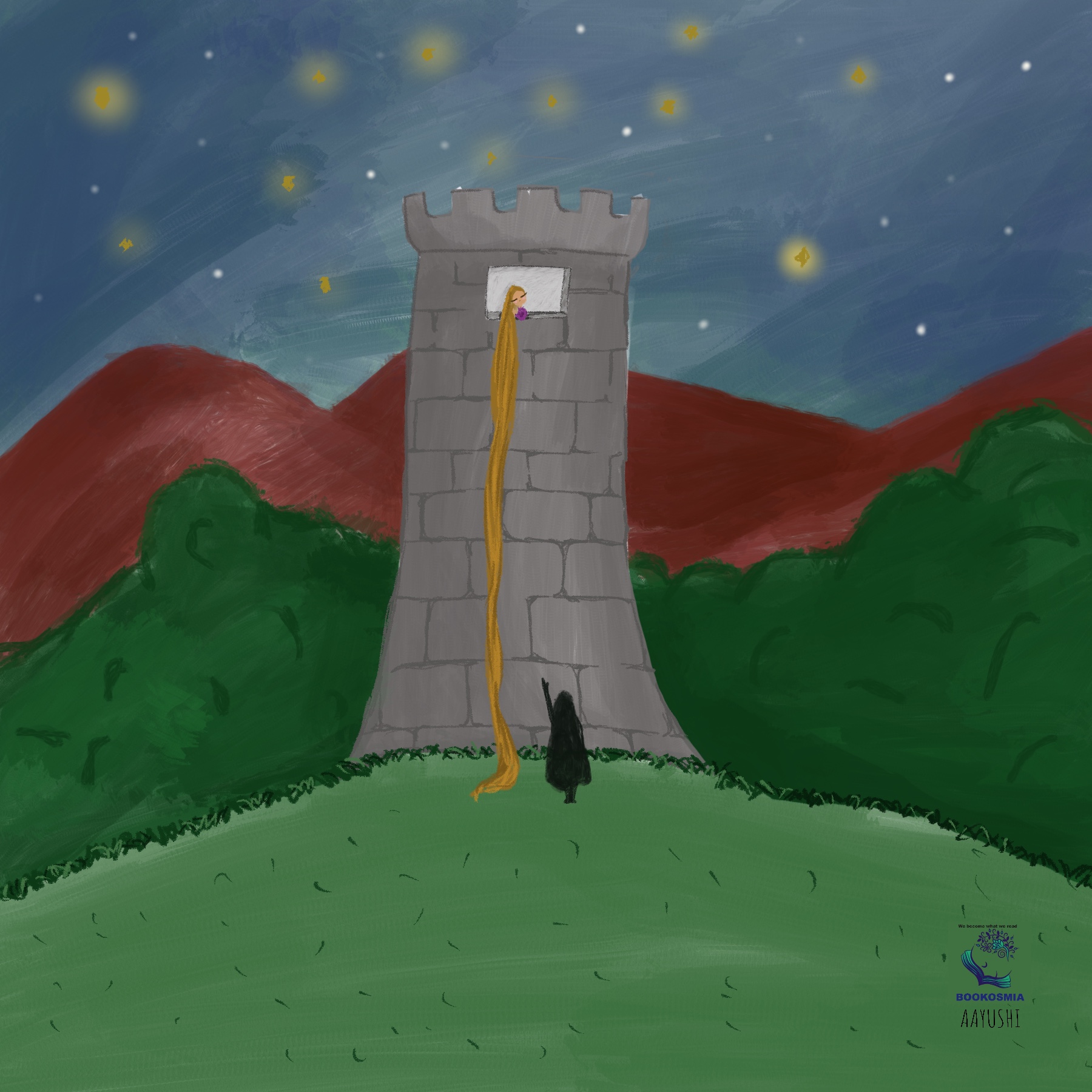 In the evening, her mother would call out to her and climb up, using her long and strong strands of hair as a ladder.

One night after her mother had fallen asleep, Rapunzel silently crept out of bed. She walked to her mothers room and saw her deep in sleep. Her mother had a wrinkled face, white uneven hair and looked nothing like her.

“Is this really my mother? “Rapunzel wondered.

But how to make sure? There was only one way.

The next afternoon, when her mother was away, Rapunzel climbed down the  tower slowly and stepped foot on the ground for the first time. She was  overwhelmed with the smell of fresh green leaves and the feel of the velvety  grass underneath. She saw beautiful flowers, scurrying squirrels and flittering  butterflies.

Suddenly she saw something strange. Something was rolling on the floor. At first she thought it was a log but it turned out to be a man! He had been  pushed by a large bear and it was now closing in to crush him.

Rapunzel  immediately let loose her hair and began singing a song. The bear  was mesmerized by the melody and walked back into the forest. 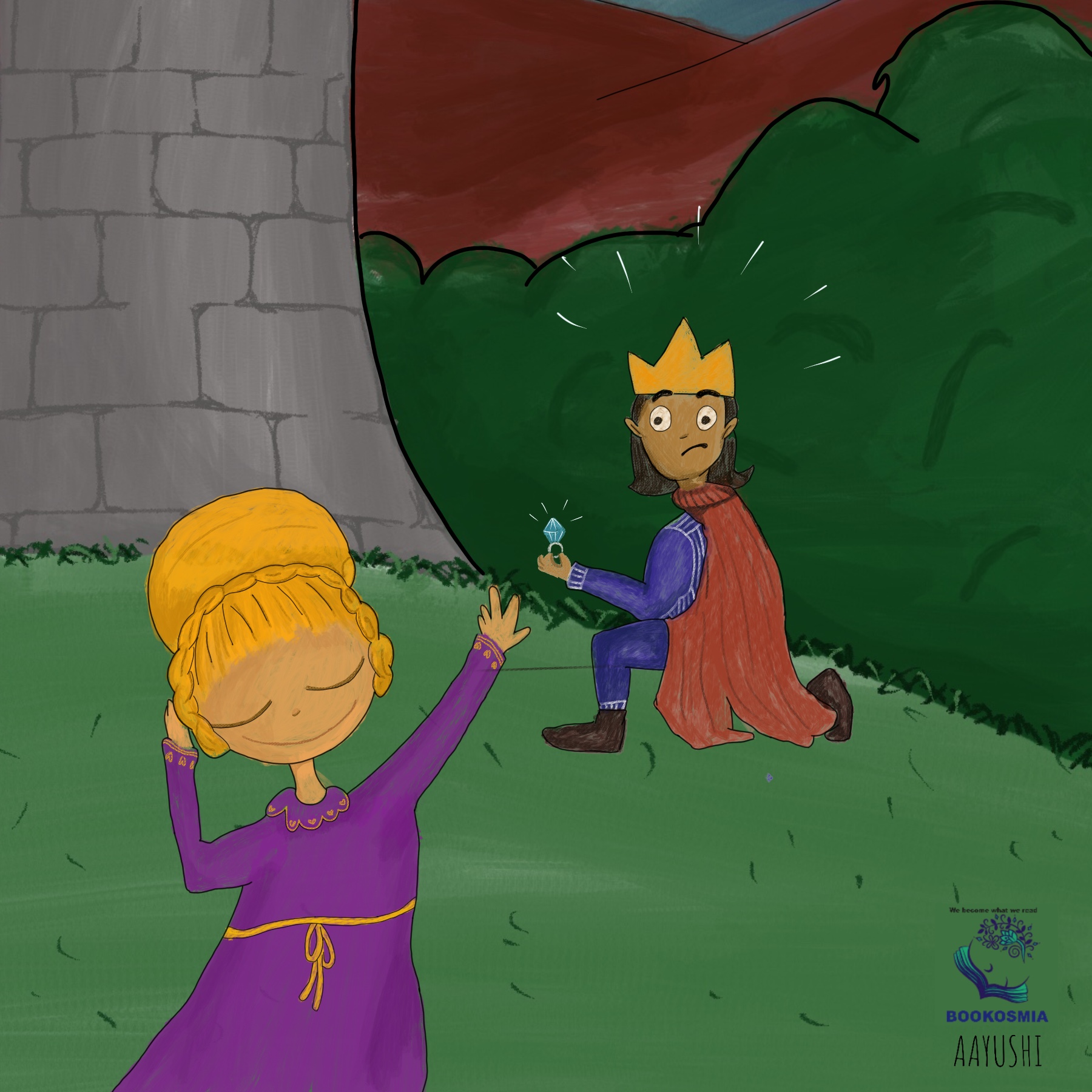 The young man, whose life  Rapunzel had saved was stunned at the sight of the beautiful woman.

He was the Prince of a neighbouring country.

“There is only one way I can repay you for saving my life. Will you be my wife  and future queen of the kingdom?” he asked, kneeling down.

Rapunzel re-tied her hair into a bun and looked at him.

“Take care of yourself,” she said softly and ventured deep into the forest,  enjoying her new found freedom.

Her journey had just begun.