It was a usual Sunday morning and the sun was shining bright. I woke up, had a  bath and had just got dressed, when mom entered the room and I was coaxed to the grocery shop to get some essentials . Although when I opened the list I realized it was not ‘some’! But atleast every time I go to Jackie’s shop, an ice cream is a standard. That usually chills me out after the long walk from home.

Unlike every other day, today was an exception . I had loads of grocery to buy and even after an ice cream, my exhaustion had no bounds. I felt as if I would  doze off in the middle of the street itself . Though I persuaded myself not to do so, I was really tired, and sweat made my vision blurry. Suddenly, a haze blurred the street. I wiped my sweat away but there was no one in sight…

I was in the midst of a forest! Walking on a dusty path surrounded by giant  weeds and wild plants. I was unable to comprehend anything. I looked around hopefully but there was no sign of any living creature and I started to get  uneasy. Was I lost ? It was then that I noticed an unfamiliar figure walking  towards me.

I didn’t know her, and she looked somewhat creepy. My feet trembled hoping  she wouldn’t approach me. But there was no one, certainly she was walking  towards me. She had messy, frizzy hair all over her face. I tried to ignore her,  maybe she too had been lost here . I looked at the bizarre things surrounding  me.

When I looked up, that spooky girl was just inches away from me. I hadn’t  noticed her coming. I asked, ”Who are you?” she didn’t respond, simply handed me a pen accompanied with a chit that said ,”Protect it. It’s precious!”. What is happening? I had never seen such a pen and as I could make out, my initials were inscribed on it. It said, “ Belongs to – A.C. ”

I had never seen it before. How could my initials be inscribed on it? I blowed  the dust off the pen and observed its antique design. “It must have been a lot  of work to carve these designs,” I thought. Really confused, my mind burst with heaps of questions. “Should I try to talk with this girl?”, “How does the pen know my initials?” “And to start with, how did I come here?”

I decided to speak to this girl, maybe she would know the answers to my  questions. As I stood up from the tree I was resting on and wiped my skirt , she had disappeared into thin air! I closed my eyes, wondering what was  happening around me.

Oddly, I came back on the busy streets I was walking on earlier. I thought it was a mere dream and I had really dozed off. I looked down at my grocery bag and spotted the same pen in my hand. It was not a dream. I rushed home to test  what was so special about this pen.

I was not so good at drawing, so ended up making some rough designs on  paper. I held onto the pen, waiting for something to happen, but nothing even changed a bit! “How was this possible?” I wondered. Then i convinced myself to draw something else. I tried to draw some sort of Eiffel tower, and then tightly held onto the pen. Everything went black ….

A few moments later, I found myself on the top of the Eiffel tower! I felt dizzy, and fell down. I heard my mom calling me,after what seemed like a long time.

I opened my eyes, and found myself curled up in my bed. I could feel  something inside my sheet. Could it be the magic pen? 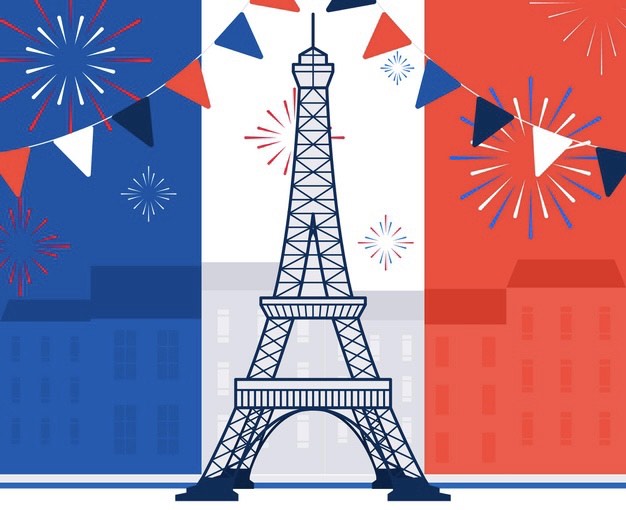 Eiffel Tower Thriller – The Architect And The Aliens | Bookosmia