Story: A TALE OF TWO SISTERS

Lucy and Lexi were sisters, but they were more like friends. Lucy, the elder one was a brunet while Lexi was a blonde. Both were really pretty, clever & fond of writing stories  together. They had written many books including the recent one called “Flamingo Fantasy”. The book was all about the dream world of  flamingos.

One fine evening, Lucy & Lexi were reading that book, when suddenly a bright  golden glow started coming out of it. Both thought it was some sort of  magic,  so they quickly rushed to their mother Laura, who was busy cooking yummy dinner for the family. After hearing what her daughters had seen, her  first reaction was, “Of course it isn’t any magic, but just the reflection of the  sunlight!!” Disappointed, the sisters came back to their room to do their  routine work.

The next day, they thought of reading that same book again and to their  surprise, the book started glowing even more. In no time, their whole house  was filled with that light. This time even Laura was awestruck looking at the whole place glowing with such a shining light!! Even she believed her daughters and that this might be some sort of magic. Laura wondered what this glowing light might be indicating? So, she rushed to the garden to tell her  husband Tom about what was happening inside their house. By the time they came inside, Lucy & Lexi had disappeared!! Tom & Laura were shocked and got extremely worried about their daughters.

The book had pulled Lucy & Lexi inside and SPLAT!! Both landed in the magical fantasy world of flamingos! There were all kinds of colorful flamingos, pink, purple, blue and so on. On seeing the sisters, one  pink flamingo named  Rosy asked them how they got in? Lucy told her everything.

Rosy showed them the beautiful landscape, which had cherry blossom trees and beautiful lakes. There were also jasmine and lily flowers everywhere. There was crystal clear, aqua blue sky and gushing  waterfalls. The sisters became friends with Rosy and they all loved each other’s company.

Then Rosy took the sisters on a boat ride to get across one of the huge lakes, and to the tree house where she lived. It was amazing  because one could swing on its wooden ladder and have a view of  fantasy world from up there. It  was a wooden square shaped house. The whole place was very cozy place because it had soft sofa and soft cushions everywhere. It was a completely pink house. In the evening all of them even had a tea party. The tea was made from the lake water itself & tasted out of this world. They had never had such an amazing drink before in their lives.

There was one gigantic flamingo called Annie who took the sisters on an “Air Roller Coaster Ride”. There was ‘loop the loop’, ‘super fast speed’ and ‘steep rise and fall’. It was mind blowing!!!

After a long day, the girls wanted to go back home, so Rosy took them back to her family. Everyone sat together and thought of how. Eventually one of the baby flamingos knew the solution and asked the sisters to dive in the lake so that  they could reach home. Although Lucy and Lexi wanted to stay in the  magical world, they were still missing their parents. So after crying goodbyes, they dove in the lake and felt that the book started throwing them out and
SPLAT!

They landed inside their house. The girls quickly ran to their parents, who were extremely delighted to have their daughters back. They all hugged very tightly. Laura and Tom asked the girls what had happened and where did they go! Lexi told them each and everything. They were shocked after hearing what had  happened to them. In the end, Lucy and Lexi decided to keep the book safely in an airtight locker, so that they can visit the  wonderful fantasy world again. 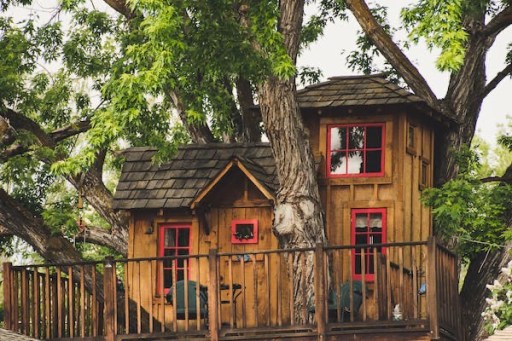