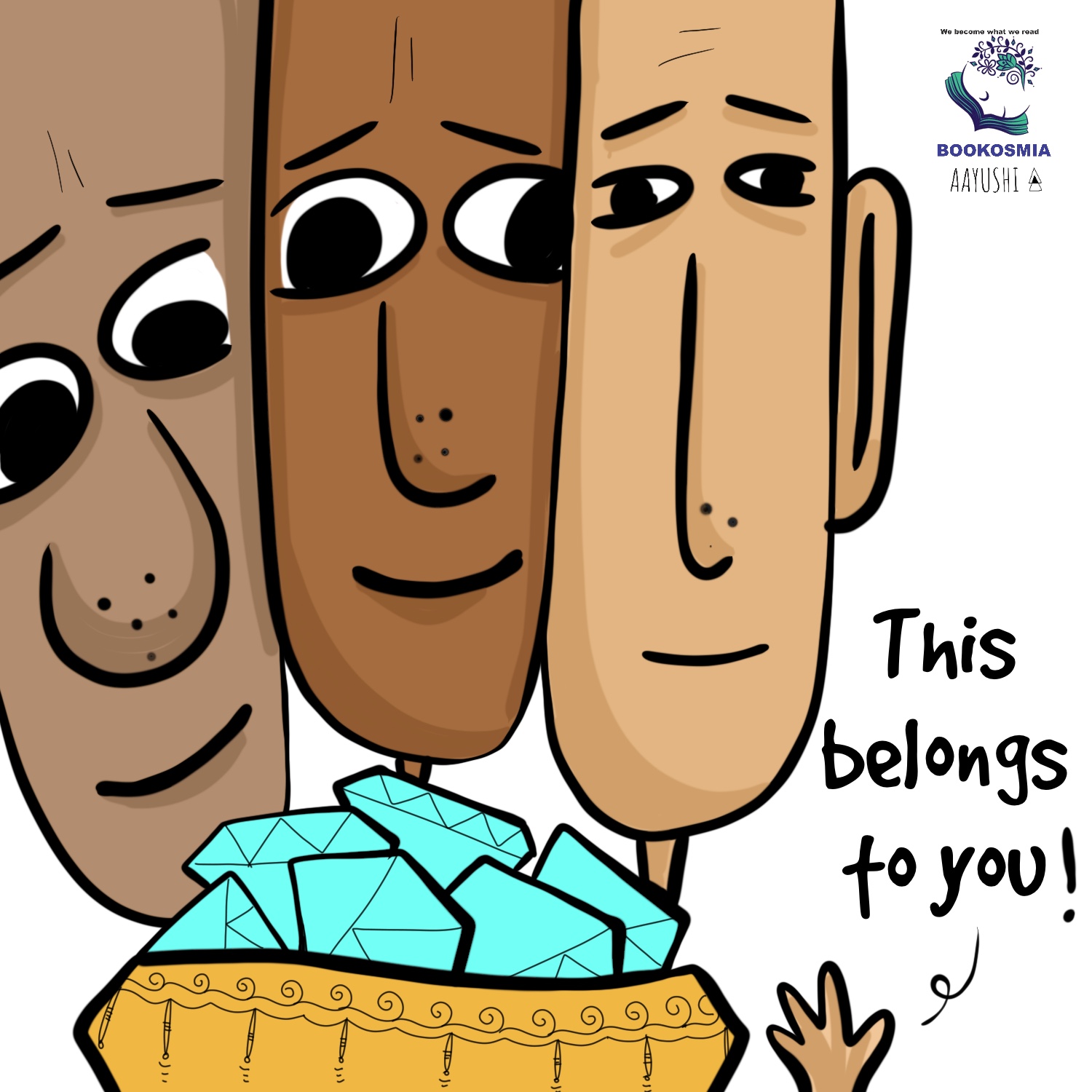 It all started with an amazing dream. I was in some kind of an ancient maze where something really important was happening.

The next morning, I tried to recollect the whole dream but couldn’t. I could only remember it in bits and pieces. It made me restless.

Some days later, I went for a hiking trip with my friend Neha.  Midway through the hike, it started raining. Neha and I ran to a nearby cave to take shelter. After waiting for a while we decided to explore the cave and walked deep inside the cave. Suddenly, it occurred to us that we did not know the way back, we were lost! Neha was scared but surprisingly I wasn’t.

As we walked, we came upon a different looking section with ancient paintings all over the wall. I gasped and froze. I had definitely seen this before. “My dream!” I screamed as Sara gave me a puzzled glance. This was the ancient maze I had seen in my dream! 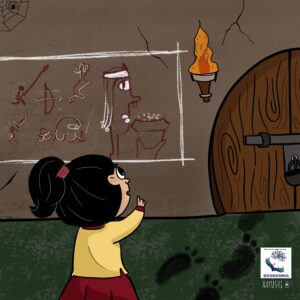 We saw some footprints on the ground and and followed them to reach  a gate. We tried to open it but it didn’t budge. It looked ancient. We tried with my hairpin but it didn’t open. I put my hands in my pocket. I had my house key. I tried the lock and was surprised to see that it fit perfectly and opened easily.

I was shocked to see the inside was just like my house! Suddenly something on the wall caught my eye. “Things lost a thousand years ago will be found a thousand years later right here.” As I read this, the gate closed behind me and it got very dark. I realized Neha had ran off and I was on my own now.

I had a million questions and searched for clues to some answers I needed to find answers to all. I searched the drawers and found a candle. I lit it and searched for any clues or a secret gate. I must have got tired and slept off. When I woke up I saw a bright light coming into the room from a hole, high up on a wall. I gathered all the chairs and tables and climbed up. The bright light was coming from a cup with diamonds!!

Holding the cup in my hands was so exciting.  I heard some noise near by and followed it . I found myself walking into a palace-like hall where strange people in exotic robes and ornaments stood around a throne. The throne was built exactly like the design of the diamond cup I had found. I opened my bag to compare and as I took it out, loud gasps went around the hall.

“All hail the queen,” they shouted and kneeled before me. I looked around to find the queen. 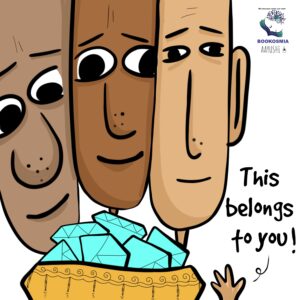 “Who are you looking for, your majesty?” bowed a towering guard with big muscles. My brain froze.

Did they mistake me to be their queen?

“There is no mistake, your majesty,” said a wise old woman, reading my thoughts. “That diamond cup has kept our tribe alive since the 15 century until recently when some humans from this age learnt about us and tried to steal it. But thanks to you, the cup has been returned safely to us. In our tribe, it is the queen who holds the diamond cup and keeps it safe, which you have.”

“I am sorry I cannot be your queen as I have to go back but I know the perfect person to be your queen,” I said and gave the cup to the wise, old woman. The ancient people thanked us and led us outside.

“The next time you come, your pictures will be painted on the wall,” said the big guard.  I walked out and found Neha waiting for me at the entrance of the cave. She still couldn’t believe what had happened. “Wow that was spooky. What were you doing in there for so long. Anyway, I am glad its all over.” I nodded my head but didn’t tell her that I had a feeling our adventures with the diamond cup had just begun.