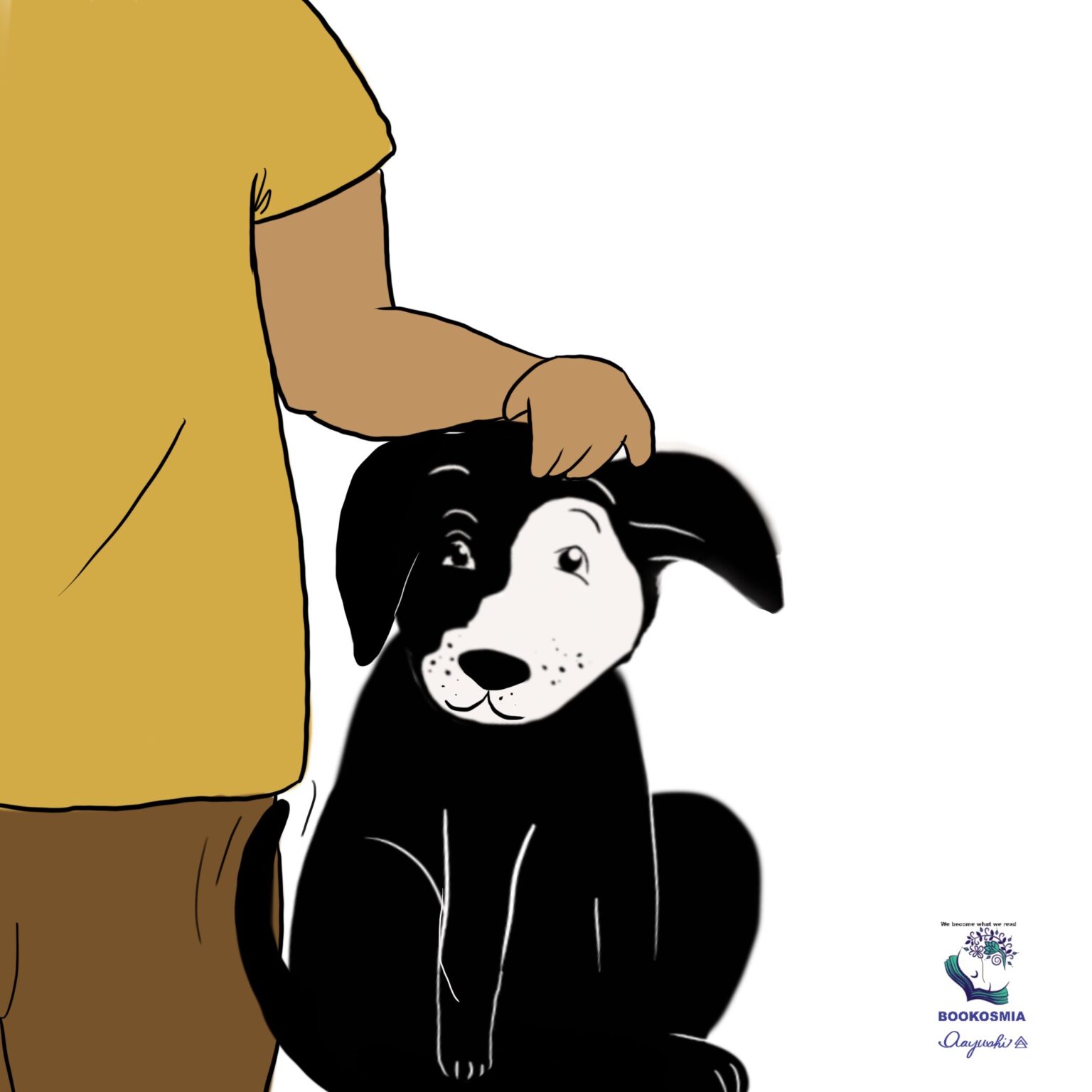 Hi there! You may have seen me around. I hang out around garbage, sleep under cars and love to chase my own tail! Did you guess who I am? You are right! I am a dog. They call me ‘Blacky’ due to my shiny black skin but that’s not my real name. I have no idea what my real name is because my mother was forcibly taken off in a municipality van when I was a newborn, leaving me to take care of myself. But not to worry, I am not alone. My best friend Jackie keeps me good company. And good uncle too. Who is good uncle? That’s an interesting story. Let me tell it to you. 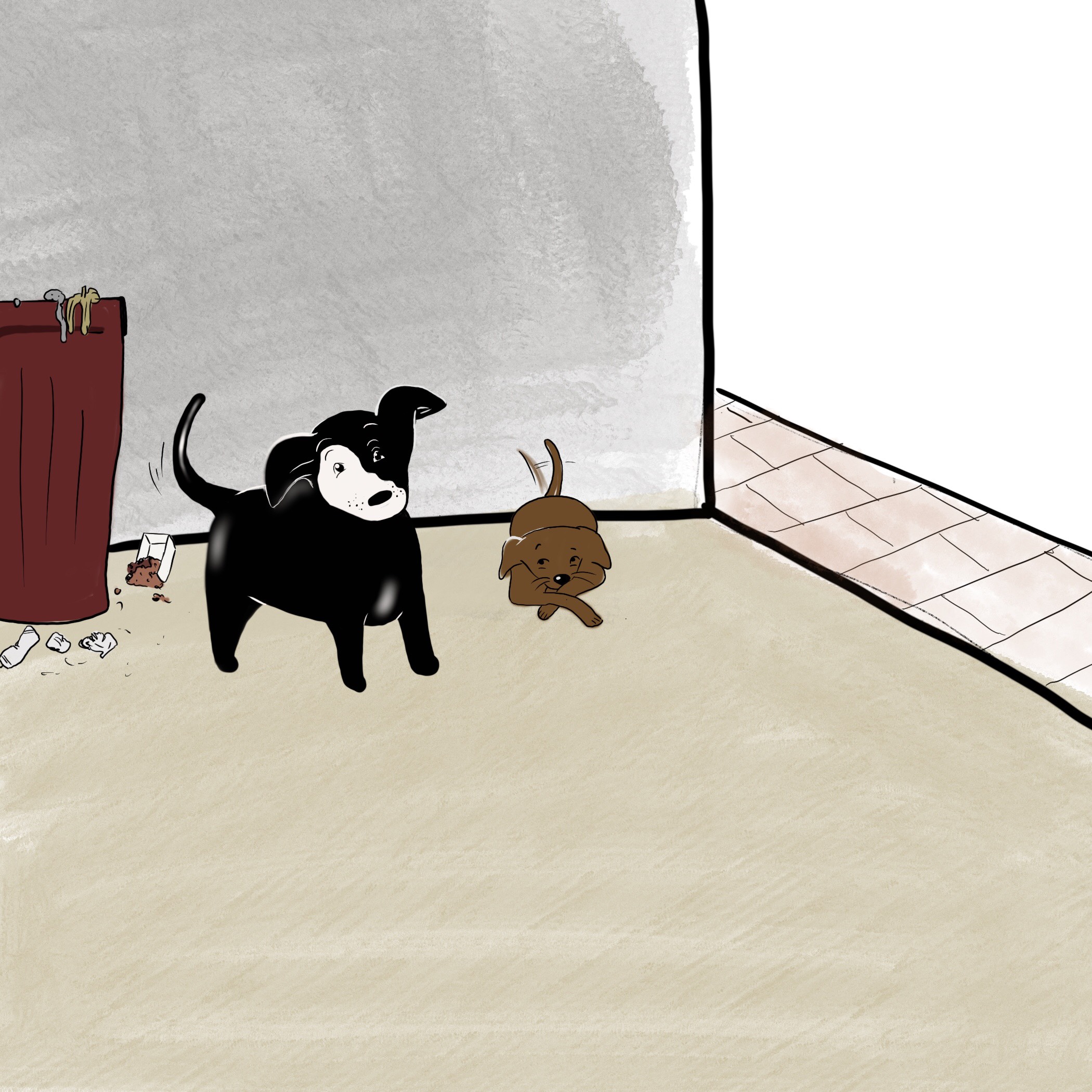 As you know, humans seem to have a lot of things to eat, but they rarely share it with those in need. Instead, they throw all the good food into the dustbin. So hungry beings like Jackie and I sneak into the big dustbins at night and have a fill. The people in the colony did not like this. “These street dogs are making too much mess.” “These street dogs will bite us” they would say and throw sticks and stones at us.
There was especially one uncle,with a big, thick moustache and strong muscles who would bring out a big wooden stick and hit us badly. 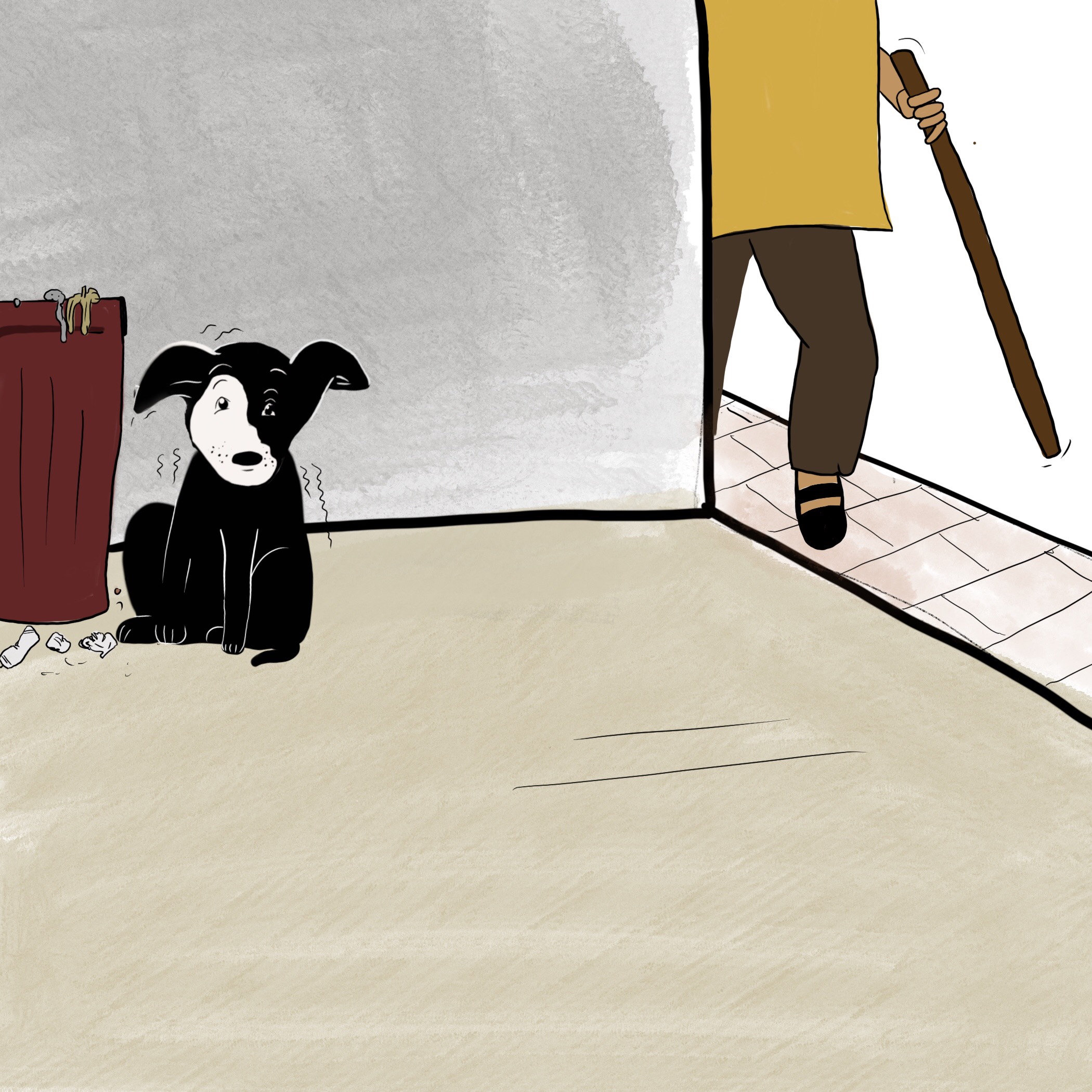 We were so afraid of him that we shivered whenever we saw him.  One night, we were hiding behind a car waiting to sneak into the dustbin for a snack when suddenly we heard a cry of help. A man was running very fast ahead and the mean uncle who used to beat us was shouting “Thief! Thief! Help!” and running behind. Seeing the slow speed at which the mean uncle was running, we knew he will never be able to catch the thief so Jackie and I growled and ran as fast as we could behind the thief. Soon we caught up. Jackie pounced on his legs while I climbed up on him and pushed him down. The police came and took the thief away. 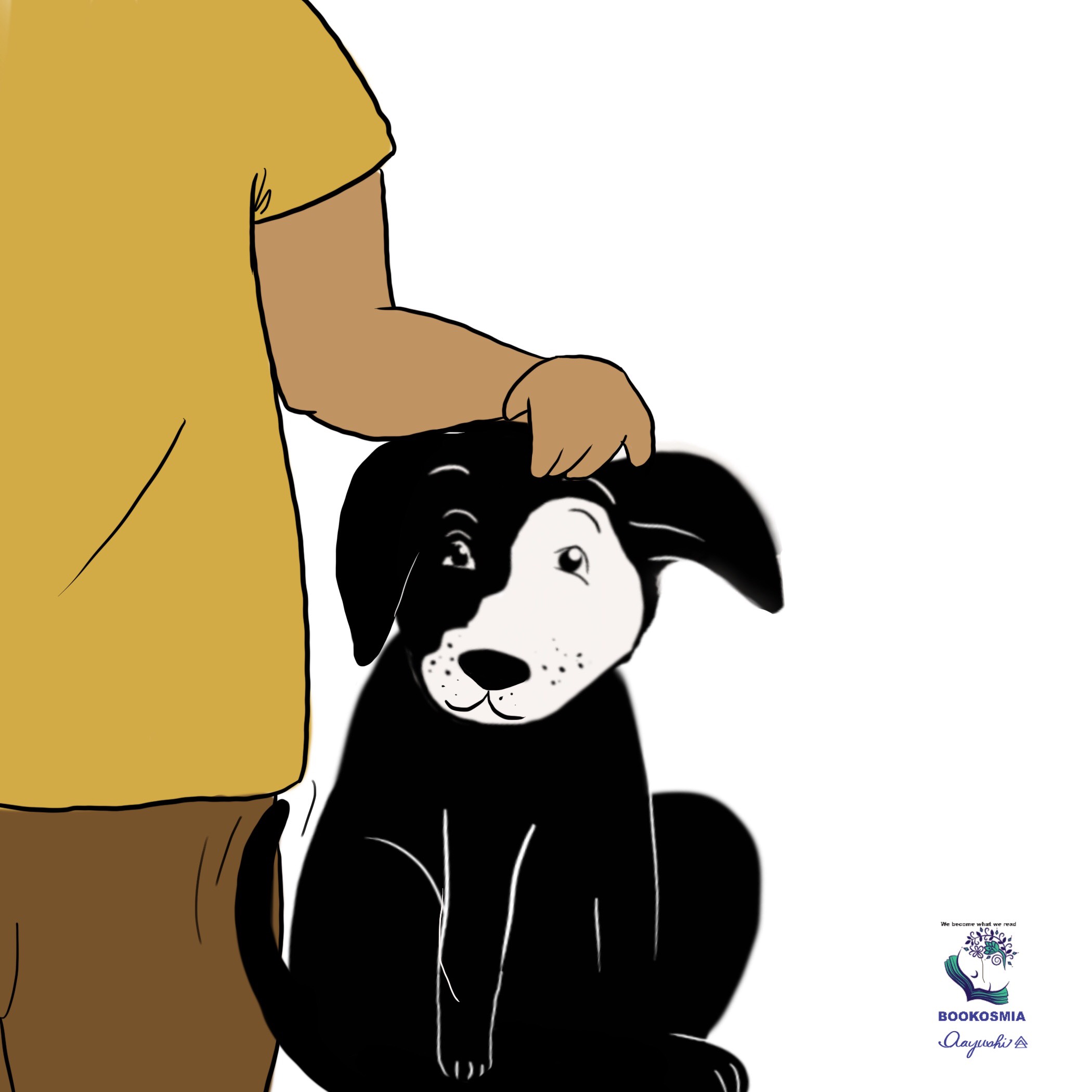 The mean uncle saw all this and smiled at us. He bent down and patted us both. Then he got some bread and fed us lovingly. Suddenly, he seemed like a nice person. From the next day onwards, mean uncle, oh sorry, good uncle gave us food, water and a warm spot to sleep in his garage. Even the other people in the society started treating us well and playing with us.

Do we still go to the dustbin? Yes we do, but that’s just for fun. Don’t tell anyone! Jackie and I are as happy as dogs can be.