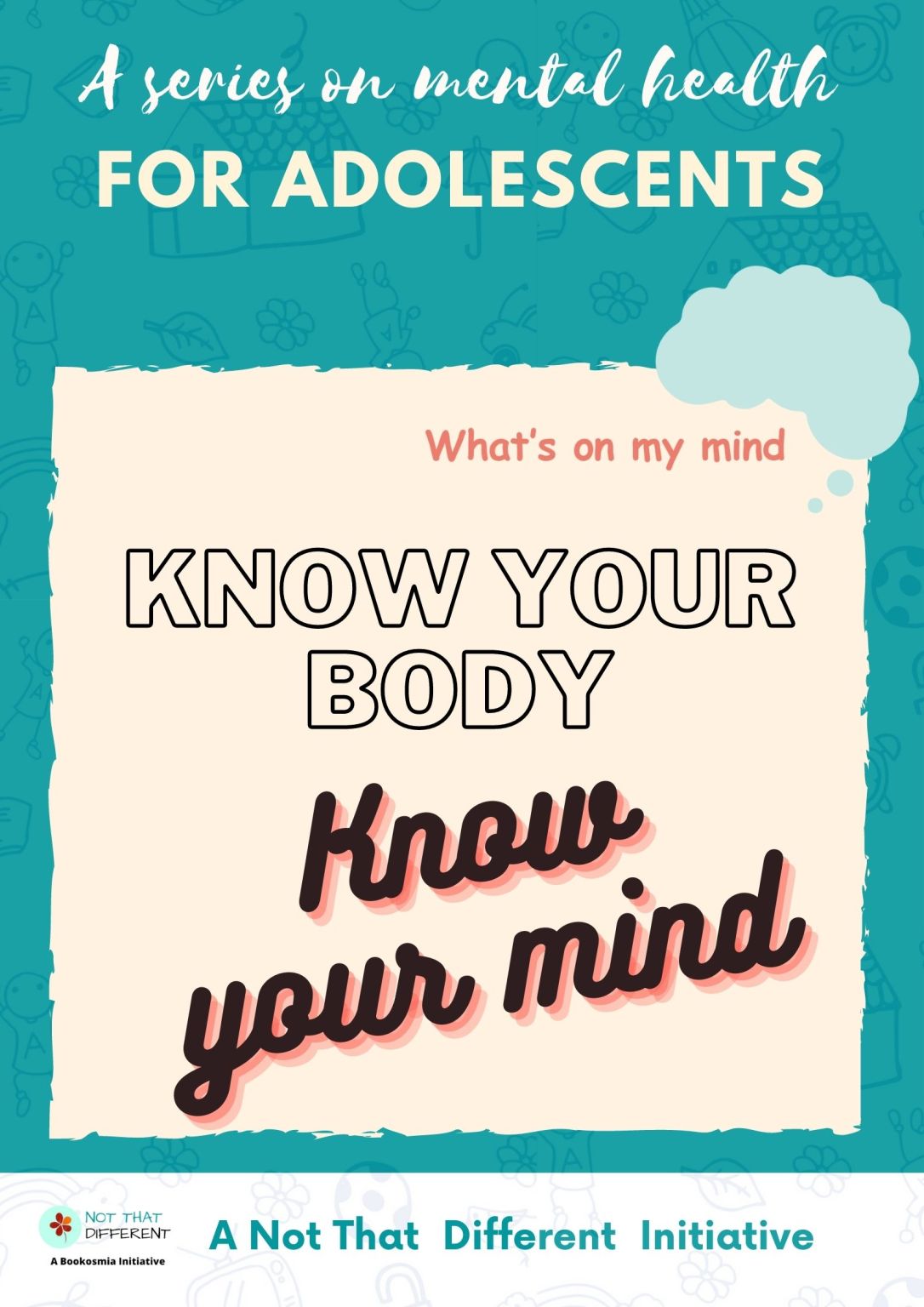 We encourage you to listen to the podcast on audible.com , hubhopper to make the most of this meaningful conversation yourself.

A word that kills conversations. A word that makes people squirm, makes them want to escape to their phones or look into space to avoid any response at all. Sounds familiar? This is the story of most households across India. But what is sex-ed really? And is the stigma surrounding the term justified? If teenagers are not allowed to speak about changes they are going through, how can there be a healthy relationship with their parents? It’s time for a change and leading that is Bookosmia’s podcast hosts, Suhani Khemka and Aadya Kataruka, both 14 year olds, in this insightful conversation with Anju Kish, Author , Advocate and Founder of UnTaboo. 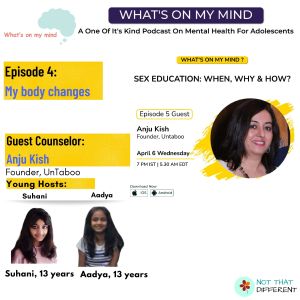 Suhani started the conversation with a confession- she could only speak about the subject with her close friends as the word ‘sex’ could not be spoken in front of an adult. For Aadya, the restrictions she had started facing because she was ‘impure’ when she was on her period was baffling. In that light, both of them were eager for Anju Kish to address the elephant in the room.
What exactly is sex education?
Sex education is much beyond sexual issues. It is about understanding bodies, changes, emotions, reproduction, safety, consent, gender, sexual orientation, respect, relationships etc and covers a wide spectrum. It’s like an umbrella term under which there are thousands of topics including something as basic as hygiene. Do not fear the word ‘sex education’ as it focuses on two main themes :
1. The need for accurate information
2. Appropriate responsible behavior.
What is the target audience for sex education
At Untaboo we start as young as six and it goes up to 21 years old. We also educate parents, teachers and non-teaching staff. While it is important to educate a child it’s even more important to educate adults so that they are there to support children in their growing up years. Most of us grown-ups never under had any sex education as we had so many personal and societal biases against it hence it becomes very important to educate adults before we get to the kids.
People are still afraid to say the word ‘sex’. What can be done about that?
The word ‘sex’ and ‘sex-ed’ are misconstrued. When we talk about sex education people think that we are going to teach children about sex and that is why people misunderstand the entire idea of sex education. We probably need to coin a new term that is less scary so that parents can start getting comfortable with the word sex education
How do you deal with people who don’t want to untaboo the word ‘sex education?’
Conversations are the only way to untaboo the topic,  that’s what we do. Sex education is not about sex it actually provides young people with factual, age-appropriate information so that they are able to make well informed decisions, form healthy relationships and take care of themselves both physically and emotionally. Sex education means safety – that is the message we give out.
A bookosmian, Sanskriti Jain a 15 year old from Bhopal has written an impactful poem on the topic of her body. It is titled “The day i became friends with my body.” 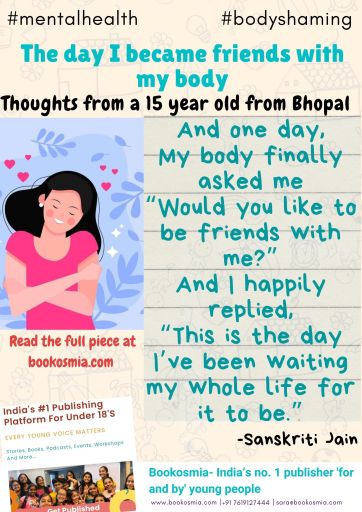 This article is a creative output of  Archana Mohan,Nidhi Mishra and Mugdha Kalra, co-founders of Not That Different movement to understand mental health and embrace neurodiversity. We encourage you to listen to the podcast on audible.com , hubhopper to make the most of this meaningful conversation yourself.