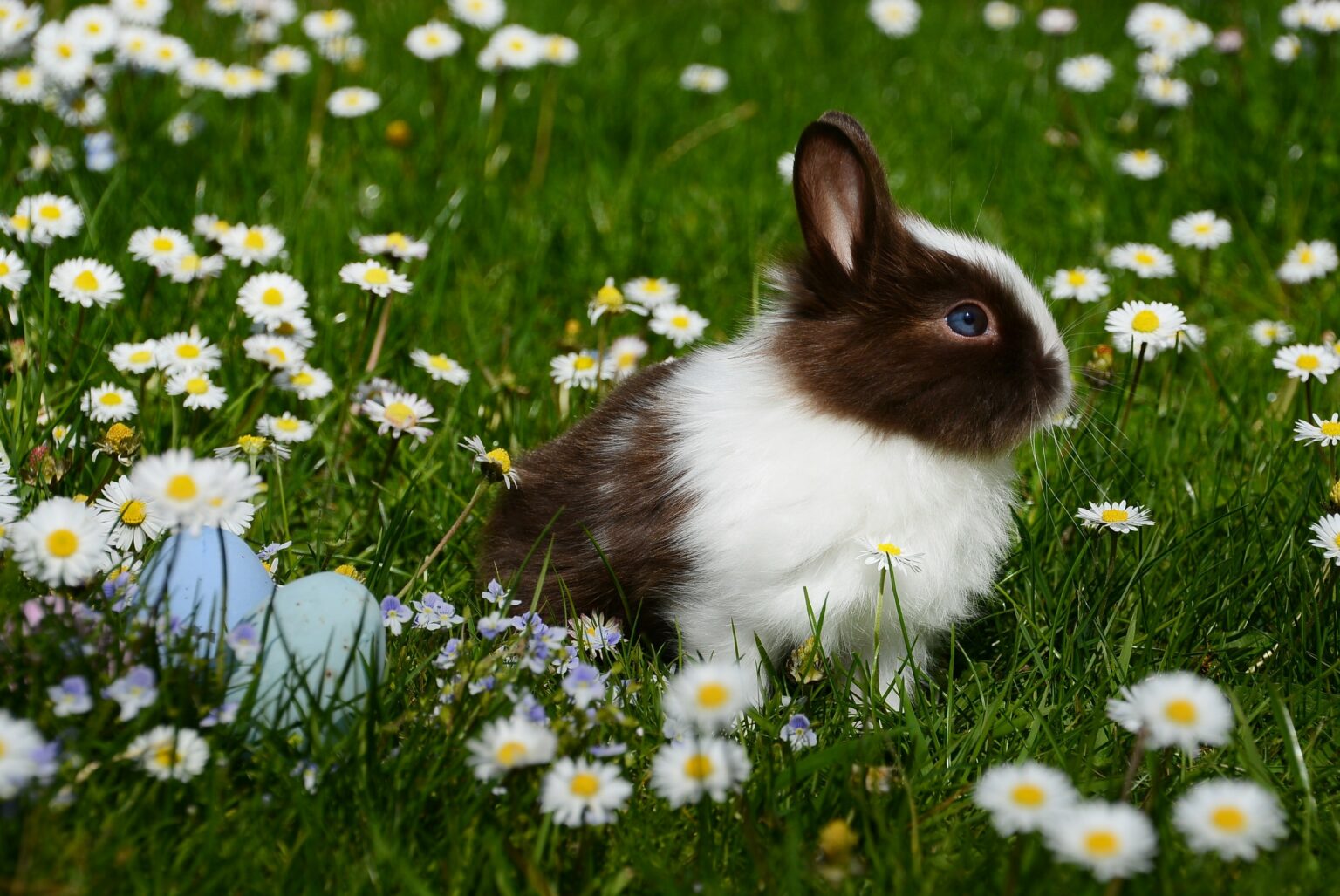 I was born in a wild forest inside a burrow as a cute furry bunny.

One day some hunters came to catch me. They grabbed me in a net and sold me to a shopkeeper in the market. He seemed like a nice man because he fed  me well and kept me in a nice cage. I didn’t know it was all to attract  customers. That market was very chaotic.

A young woman named Kristina bought me and took me to her house. When  we reached she introduced me to her daughter and her family. Her house was gigantic. She also had a huge garden and a pet cat too. Everyone called me  Floppy. I made friends easily and felt comfortable there. My owner Kristina  used to feed me everyday and she was very affectionate and protective. I was  happy to stay in that huge garden because I had lots of space to hop around  and play. I was afraid of cats until I made friends with Kristina’s pet cat who  gave me company often during playtime.

One day my owner’s daughter, Jenisa took me to her school in a box .I could  not stay in that box for long so when it was break in her school, I got out of the  box and all her classmates were surprised to see me! They crowded around  me and everyone wanted to feel me or feed me from their tiffin box. I was not very comfortable. Jenisa too felt the same. She didn’t carry me to school again.

From that day I was shy to step out until one fine morning Kristina took me to  the park. Many children were playing there. Some were swinging, some were on the sea-saw while some were on the slide. I had never been to a park before so it was quite adventurous for me. Kristina also fed me my favourite biscuits.

On the way back home we hip hopped and sang the bunny song.  Kristina’s  voice was melodious and at once caught people’s attention. Passersby turned  around to take another look at us. I was admired by all!

Kristina entered home and exclaimed what a lovely time we had and what a  fantastic bunny I was! I was happy to hear this and wished I remained with them forever.