Happy birthday PV Sindhu! 13 year old Anwita from Kolkata, a badminton player herself, gives us this fascinating profile on the sporting icon. 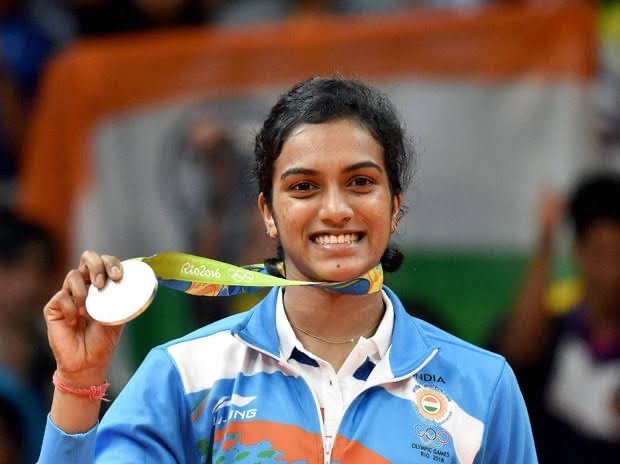 Happy birthday PV Sindhu – Why I have her poster on my wall
Even if you aren’t a badminton player I’m sure you’ve heard of her. The one and only PV Sindhu. Pusarla Venkata Sindhu is considered one of India’s most beloved sportsperson.
She has won several medals in various tournaments such as the Olympics and on the BWF circuit, including a gold at the 2019 World Championships. She is the first and the only Indian to become a badminton world champion and only the second individual athlete from India to win two consecutive medals at the Olympic Games. She rose to a career-high world ranking of no. 2 in April 2017.
Pusarla Venkata Sindhu was born and brought up in Hyderabad, India to P. V. Ramana and P. Vijaya. Both her parents have been national level volleyball players. Her father, Ramana, who was a member of the Indian volleyball team that won the bronze medal in the 1986 Seoul Asian Games, received the Arjuna Award in 2000 for his contribution to the sport.
While profiling her career, a correspondent with The Hindu wrote: “The fact that she reports on time at the coaching camps daily, traveling a distance of 56 km from her residence, is perhaps a reflection of her willingness to complete her desire to be a good badminton player with the required hard work and commitment.”
I read these few sentences every day before playing badminton because it gives me motivation to be my best and hope that someday, with hard work and practice I too can become an A class player like Sindhu.
Sindhu entered the international circuit at a young age of 14 in the year 2009. She was a bronze medallist at the 2009 Sub-Junior Asian Badminton Championships held in Colombo. At the 2010 Iran Fair International Badminton Challenge, she won the silver medal in the singles category. She reached the quarterfinals of the 2010 BWF World Junior Championships that was held in Mexico. In 2011, she won the Maldives International Challenge in June defeating compatriot P.C. Thulasi. She also won the Indonesia International Challenge the next month. All these achievements of hers drives me to be like her and win championships so I too can make not just my family, but also my community, proud.
A 16-year-old Sindhu went on to compete at the All England Open Championships as a qualifier. She reached the main draw but lost to Taiwan’s Tai Tzu-ying in 3 games. On 7 July 2012, she won the Asian Junior Championships beating Japan’s Nozomi Okuhara, becoming India’s first-ever Asian Junior Champion.
She achieved all this before she turned eighteen!
My coach tells me her story every practice and I can never stop being awestruck! From her diligence to her talent, she has never failed to amaze me. She has won several awards such as Padma Bhushan, the third-highest civilian award of India (2020), Major Dhyan Chand Khel Ratna, the highest sporting honour of India (2016), Padma Shri, the fourth-highest civilian award of India (2015) and Arjuna Award (2013).
In a virtual interview with the media, before the Tokyo Olympics, Sindhu said, “For me, it’s always one step at a time. I have to focus and give my best. When I started off this year, it wasn’t too great for me because of the big gap due to lockdown. But I came back and rectified my mistakes. I played in England and improved on my game. Game-wise I feel I have improved. Attack is my strong point but I’m also focusing a lot on defence. I have to be prepared for all strokes. Tokyo will be different from Rio: There is no pressure this time. In Tokyo, I just want to go out there and give my 100 per cent.”
This interview taught me how much a player really has to prepare. I started focusing a lot more on my defence and backhand and changed my mind set.
She was the flag bearer for the Indian contingent in the opening ceremony of the 2018 Commonwealth Games. Another one of my goals is to be the flag bearer for India. I’ve always dreamed of looking into the camera and smiling, not just by my mouth, but also my heart knowing that I made my parents and my country proud!
The thing that inspires me the most about Sindhu is not her medals or her commitment. It’s her can-do attitude. Despite over 160 losses, she didn’t give up and always came back with a bang. She inspires women around the world to pursue their dreams, whether it be badminton or any other career, she’s helped women pave a path for themselves.
Being a women badminton player she always had greater obstacles than men, but she always shone through. This confirms the fact that whether you are a man or a woman, hard work and practice beats all. I have her poster up on my wall, and I look at it every day so that I never forget her struggles to become the first Indian women to win two Olympic medals! 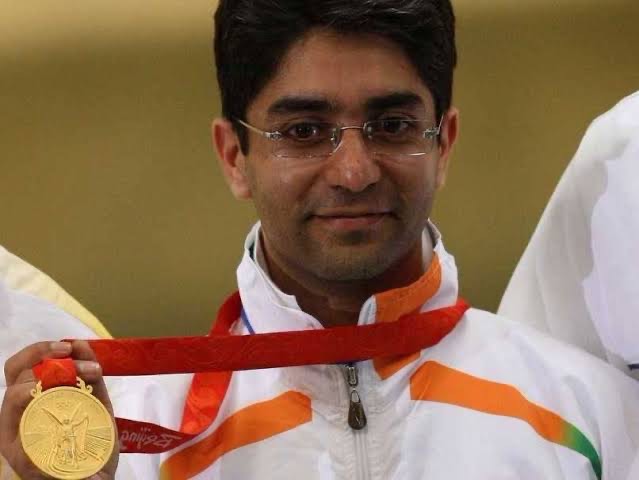 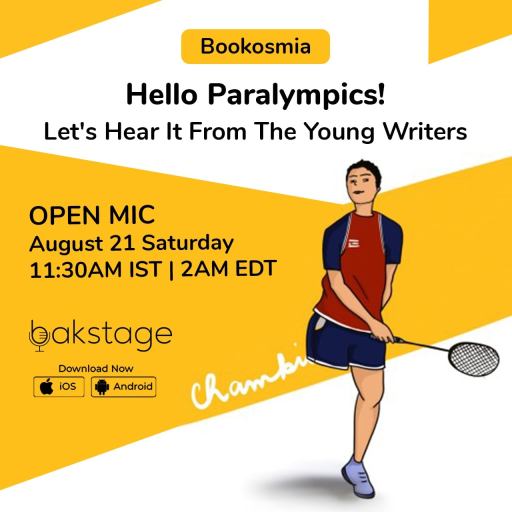 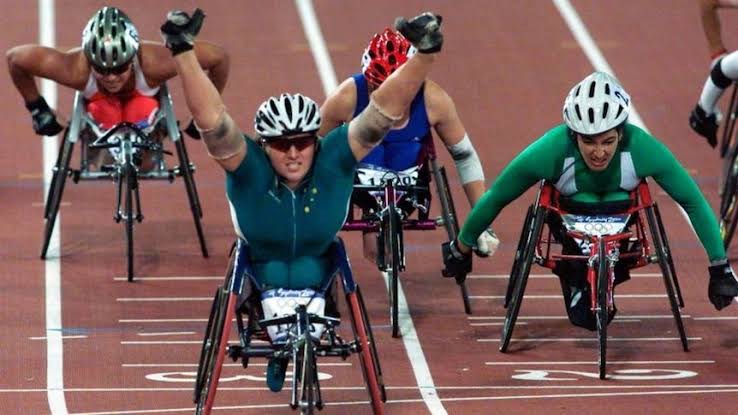 Paralympics Explained For Kids – Everything You Wanted To Know | Bookosmia