A day in my life as Dhoni! Read Essay with Sara #SaraReads 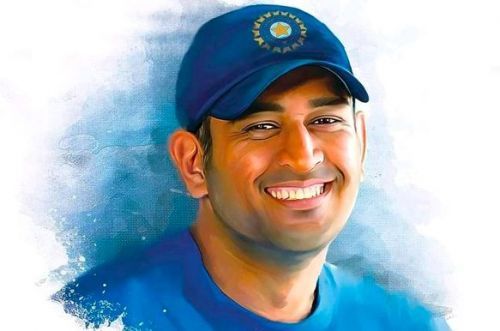 If anyone asked me who I would be for a day, I would say ‘Mahindra Singh  Dhoni’. Why? The answer is he is a really good person.

Mahendra Singh Dhoni was the former Indian cricket captain who led India to their second cricket World Cup and he is the only captain to have ever won a  50 overs World Cup, a 20 over World Cup and the Champions Trophy. There are three reasons why I like Dhoni. First thing, I am born in his city, second I love cricket and third I like fame.

So here is how my day would go if I was Dhoni himself. The day would start with breakfast and then I would hit the nets for my batting practice. There  would come the first ball, a high bouncer. I usually play a pull in a bouncer ball  but in this case an upper cut is the shot that I would prefer. After about 100  balls, I would take break and go to my keeping practice.

Oh! 12 pm already! I’ll take bath, eat a heavy lunch and after that my role of a father comes in place. It would be a lazy afternoon.

Soon, it would be 7 pm and too dark to go inside. What a day it would be.

I love  Dhoni but on second thoughts, I would not like to continue as Dhoni because one thing I have learnt from him is ‘you should be you.’