The majestic Phoenix- All you need to know! Essay 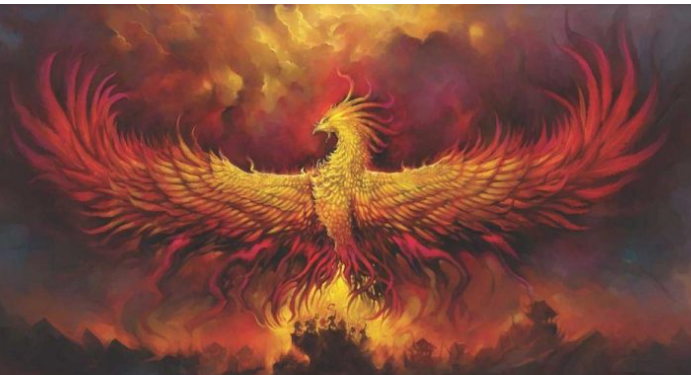 This bird that fascinates me the most is as large as an eagle, with brilliant  scarlet and gold feathers. It is said to rise from the ashes of its predecessor and then lives for the next 500 years. It’s tears were said to have the power of  healing anything and it’s cry is like melody to our ears.

Symbolizing the Sun and fire, this mysterious bird is called as The Phoenix!

I often find myself daydreaming about this majestic bird-about where it lives, and how it bursts into flames. The first time I came across the Phoenix was in  the movie Harry Potter, where it was Professor Dumbledore’s pet.

It is a very strong bird that appears in many other movies too, symbolizing power and  intelligence, which is the reason I am so enamoured by it.It has a very mysterious identity and is a mythological bird.

It is believed that at any point in time, there can exist only one phoenix in the world- after this phoenix bursts into flame and dies, the new phoenix rises  from it’s ashes. The bird is said to represent, life and death, creation and  destruction and even time is said to run with the tail of the Phoenix.

For its rebirth it flies into the mortal world so that the new Phoenix could be  born again from it’s ashes. On the way there,it collects only the finest herbs and spices and builds a nest, waiting for the sun to rise.

The next morning, when the sun god comes up in the sky, the Phoenix faces  him and sings the most beautiful melodies ever known to man. After singing  it’s farewell song, it catches fire and a beautiful baby phoenix would rise from the ashes.

For the burial of the predecessor, the baby phoenix collects as much myrrh it  can carry and creates a hollow egg. It also creates a small opening to put the  ashes into it. After putting all the ashes into the hollow egg,the bird covers the opening and leaves it on the top of the temple of the Egyptian God Ra.

Then it begins it’s new life by flying back to the land of Paradise.