The Boy Who Harnessed The Wind| Book Vs Movie Review 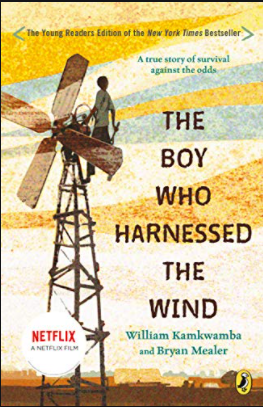 Today’s review by 13 year old Taneesha Seth from Singapore, is of a book that is a New York Times Bestseller and adapted into a movie.

Apart from art, reading, writing, and playing various sports such as basketball and badminton, Taneesha loves taking part in social activities. Taneesha studies in 8th grade in Singapore American School. She is a student of Young Orators.

Imagine a world where you work tirelessly all day and night and despite your hard work and endeavors, you are only able to serve your family one meal a day!

Imagine a world where a drought resulted in the extreme scarcity of food throughout the region. But through creativity and knowledge, a young boy created a windmill to provide his family with food to survive. Wow!

You got that one pretty quick, huh? ‘The Boy Who Harnessed The Wind’ is correct.

Title-The Boy Who Harnessed The Wind

A film adapted from a book, and you know what’s even more interesting?

It’s a true story about a 13-year-old boy, William Kamkwamba, who is thrown out of his school since his family can no longer afford to pay for his school fees. William had a dream. He wanted to study in one of the top boarding  schools, but because of money struggles in his family, he wasn’t able to. Even though his parents weren’t able to provide him with adequate study resources, William sneaks into his library and learns about how electricity works, and how to build a windmill to save his village from famine.

Upon this story, Willaim Kamkwamba and Bryan Mealer wrote a book that was later turned into a film produced by Gail Egan and Andrea Calderwood. The movie was closely related to the book as well as the real-life scene. I felt  connected to both but more so to the movie. Both of them were very  inspirational as well as motivating. 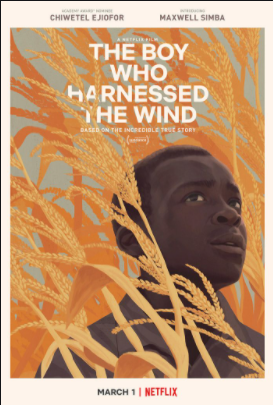 The setting in the movie was similar to what happened in the book, and it was  heartwarming how a young boy in such an environment was able to rise above the others, during such hard times.

The characters in the movie and the book were so indistinguishable. I personally liked the movie better since you could visualize what’s going on in  the scene, it’s just like reading the book in your head while the words are depicted.

In the book, you get to view the story from only the main characters’  perspective since it was from the first-person point of view, whereas in the movie, you can view things from various different perspectives. Some of the  special features in the book are that the author has included a ton of  description, and the book moves slowly. So it gives you time to be persuaded and encouraged by the characters.

The author uses emotive language for the reader to develop emotions for the characters. Some of the special nuances in the movie are, first of all the setting.  It not only makes you have feelings for the characters but also understand the struggles that William had to face.

Another specialty about the movie is that even though it’s a real-life event that has been converted into à movie and most of us might get a feeling that it’s super boring knowing about someone else’s life, but this movie keeps you engrossed throughout and it makes you want to stick around until the end to watch the most interesting part which is…. oops, I probably shouldn’t spoil it for you.

So? What are you waiting for? Me to spoil the movie and the book?

Quick! Get off that chair and go grab the book, or get absorbed in the movie and then wait to be dazzled and motivated throughout. Thank you.

I would rate the movie 5 out of 5* because of the heartwarming message, and the inspirational ending. The suggested age group is likely to be middle and high schoolers, for them to gain a deeper understanding of what is going on in the movie, and how they can change something in their own lives.