How was a rainbow formed? Story 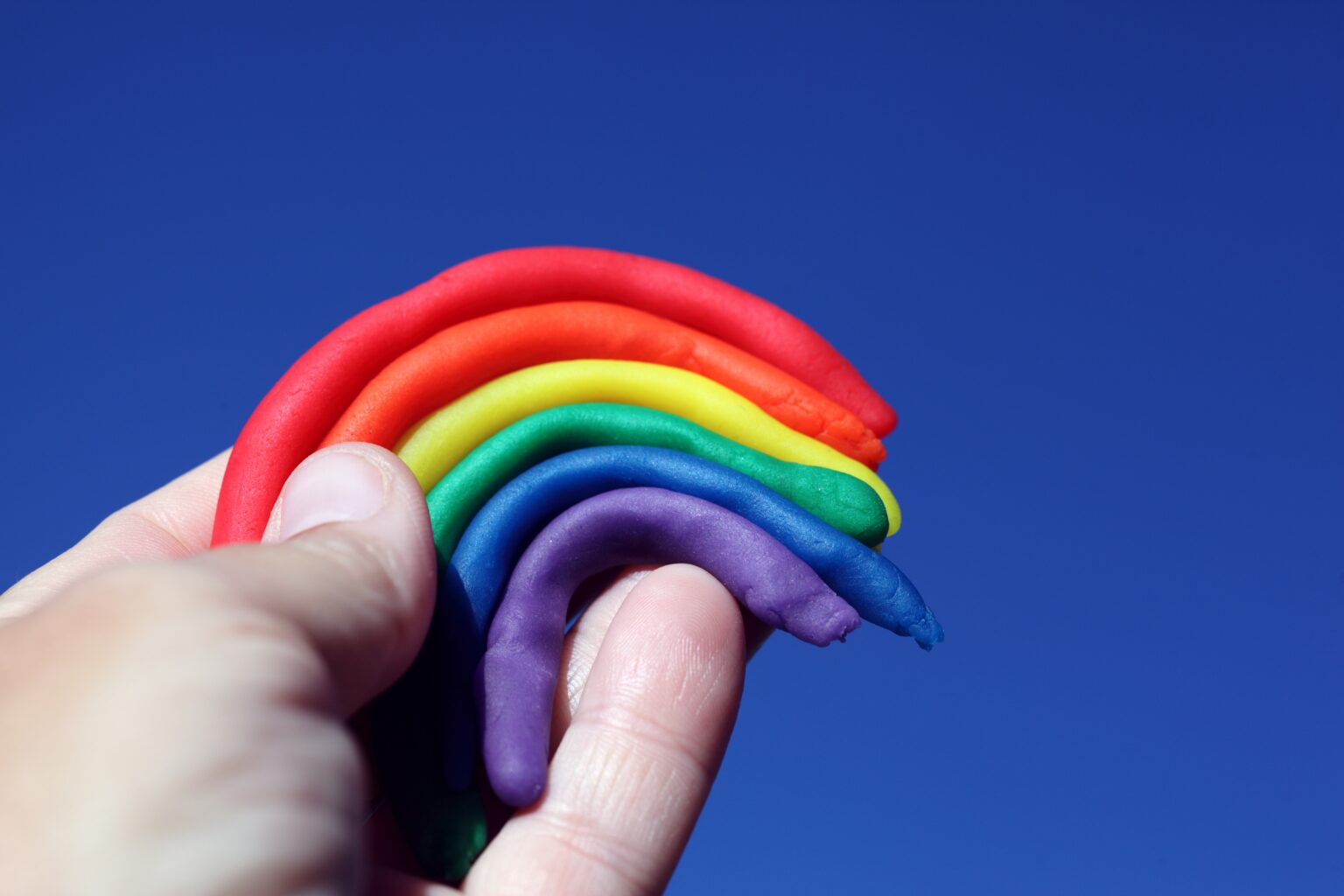 Once upon a time a plane with many passengers inside, crashed on an extra,  large cloud. In the cloud there were many fruits and abandoned houses. All
the people, who were hungry started eating the juicy fruits. After they ate they grew funny faces and they were known as cloudmen or cloudwomen.

Nobody on earth knew about them.

One day a cloudman went to bath in a nearby stream. He had a mug in his right hand and a bar of soap in his left hand. The mug had holes but the cloudman did not know it. When he tried to pour the water over his furry body, not a single drop of water was there in the mug.

He looked down and realized that the water had fallen down below the clouds. The next day he forgot about the hole in the mug and again when he tried to pour the water, it fell down.  This time when he looked down, he saw little green plants growing where his water had fallen.

The cloudman had an idea. He went all around the town and told them about the greenery and how Cloud people can all put holes on their mugs and pour water down to earth for the plants.  They decided to call it ‘rain’.

One night an inventor invented paint. He made an arch with seven lines- each of different colours. The cloud people loved it. They decided to pour water down to earth during the day and paint a beautiful arch around it later in the evening so the plants can enjoy it. They decided to call it a ‘rainbow.’

And that is how the rain and rainbows were formed.