Guru Tegh Bahadur – His life, achievements and sacrifice | By 13 year old from Delhi

Do you know about Guru Tegh Bahadur, one of the revered gurus who founded Sikhism? 13 year old Saanvi Gupta, a Bookosmian from Delhi pens a beautiful poem to tell us. 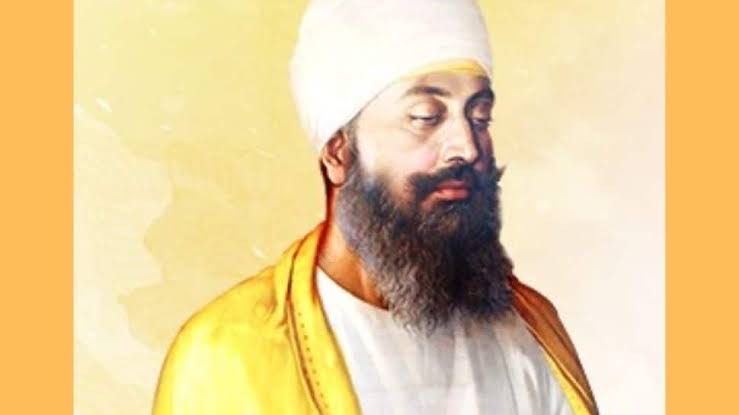 As another day dawned in Amritsar

Of what a legend would be his newborn son.

Though he was christened Tyaga Mal,

The name didn’t complement this luminary.

Lifted two swords when he was still an infant

Tegh Bahadur was the name he was destined to carry.

Such was the divine aura he disseminated,

Persuaded his own father to bow before him.

With his priceless gold ornaments upto the brim.

Who amongst the 22 claimants of being the 9th Guru

Could have cast an eclipse on this Omniscient?

The destiny was his to glorify this designation

On whose path he effortlessly survived even a bullet.

His benevolence was something even God couldn’t defy;

His heart laid the foundation of his powers.

Rescued a ship in a mere glance while sitting miles away,

When one suffers, his competency can’t stay behind bars.

The peerless glory on his face,

Was something no one could disregard.

So unprecedented it had always stood –

Even painting it on a canvas turned out to be hard.

Uncountable langars and wells had he organised;

With the establishment of Amarinder Sahib,

Even the untouched Himalayas have been moralised.

His determination, values and firm morals

Are purer than diamonds and more appealing than arts.

The sacrifice he gave and the life lessons he taught,

Gave him a place not just in our history but in our hearts.