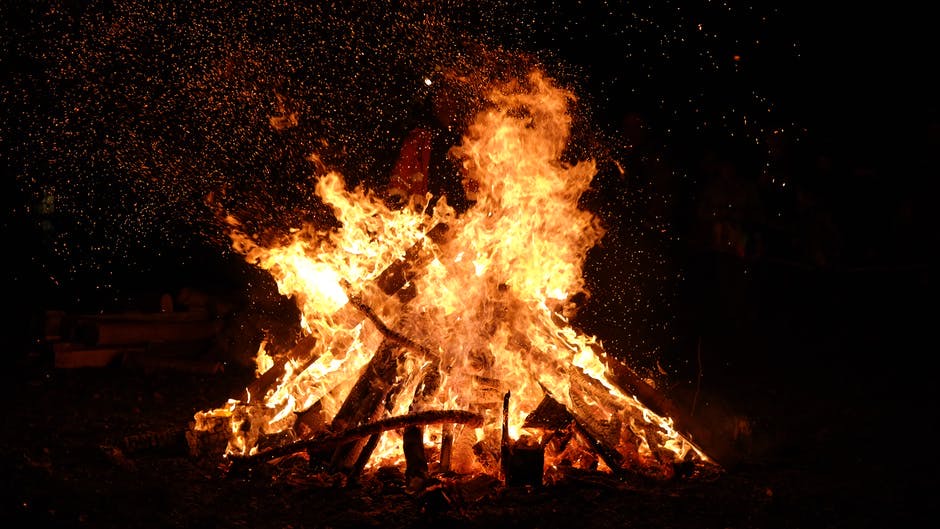 It was a sunny day. Everyone was busy at their work.In this land, dwarfs and farmers lived together happily.

One day, Chris the farmer was busy farming. As he dug, suddenly he heard a cry. A dwarf who lived under the earth had gotten injured. Chris helped the dwarf heal is leg. The dwarf was impressed and he gave a small map and said, ”Find this and you will be wealthy.”

Chris took the map and started the quest. He looked everywhere in the forest but he didn’t find anything. The next day, when he went deep in the forest he saw a gleaming yellow fire.

There was a chit nearby which said, ”Take this fire home and treat it as your pet.” The farmer carefully brought the fire home.

The fire started talking he said, “Hello, my name is Lantern, I am hungry please give me some wood to eat.” So he gave some wood.

After some weeks, Chris had to shift into the forest because that small fire had now become a huge fire monster. But Lantern was a good monster who helped Chris. He also had a crown.

One day after farming when Chris returned to play with Lantern, the creature was able to make a fire sword, he was being able to throw fire balls. One day while Chris played with Lantern a man came and saw the creature.

He was the commander-in-chief of the king. He immediately took Chris and the Lantern to the palace. While going to the palace Lantern showed another ability which was that he could turn into a small burning matchstick. So lantern was like that the whole time.

When they reached the kingdom the commander-in-chief whispered to the king saying,”We can send these two.”

The king asked Chris, “Who are you and what’s that fire monster.” Chris replied, “I am Chris, a farmer and he is my pet, Lantern.”

The king asked to show the abilities of Lantern. Lantern showed his abilities and the king asked them,” Will you go and bring the magical book from our enemy kingdom, I will make you wealthy.” Both nodded and they were set for the mission.

Early next morning they set out for their mission. It took them a whole day to reach the palace. Chris dressed as a slave and Lantern was in his pocket. It was quite difficult for them to get near the door, as Chris tried to get in the palace few soldiers had a doubt on him so they carried him to the king.

Finally, both of them became free and went for the magical book. At last when Chris took the book, suddenly ice fell on the spot where Lantern stood and he died. There were ashes of Lantern which weren’t soaked by the water. Chris succeeded in getting that book but he lost his partner. He took Lantern’s ashes with him.

Chris returned to his kingdom and gave the book, the king was impressed and he made Chris really wealthy but Chris was very sad that his pet died.

After some weeks a chit came from a bird saying,”Burn the ashes.” Chris burned the ashes of lantern. After some weeks when he gave woods to that fire where the ashes were burned, Lantern came alive again. Chris was overjoyed. Both of them helped the kings to solve adventures and mysteries for their kingdom.