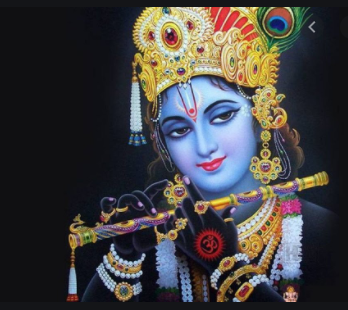 When I was just going to sleep, I saw Lord  Krishna in front of me smiling.

He told me, “Today, I will take you to my home sweet home -Vrindavan, my child.” I was on seventh heaven!

Lord Krishna took hold of me and we reached Vrindavan in the blink of an eye.

First, Krishna introduced me to the Gopis. Then, he thought of playing a prank on them, so he told me a plan,“We will go disguised as the Kings’ men and we will say that the King has ordered us to get some delicious makhan. So, lets go!”

We went dressed ourselves up from the dresses shop in Vrindavan. We also put a moustache and I looked hilarious.

As planned, we went to the Gopis and told them, “We are the Kings’ men. The King has ordered us to get a pot of delicious makhan for him.”

“We will deliver the makhan directly to the Kings’ palace,” said Lalita.

Krishna and I started getting goose bumps. So, we left.

Next, he took me to his mother, Maa Yashoda.

“Krishna what have you done now?” Maa Yashoda sighed.

“Maa, I am Varnika, Krishna has done nothing, he is genuinely a nice person. Maa, can you please teach me how to make makhan?I want to make it for my family,” I said.

Maa Yashoda said, “Yes, why not my child. Krishna will also learn and not steal.”

She explained the process to me nicely.

I was surprised to know that it was so easy. I said, “Thank you so much Maa,” and hugged her.

Next, he took me to meet his friends. He introduced me to Sudama,  Shishupala, Samba and his animal friends. He just played the flute and every  creature from Vrindavan arrived. Then, they started playing few games with  me like Tug of War and other games.

After some time, an unusual person came, and Krishna let him in. So, again we
started playing. The bet was that the team which lost would have to take the
other team on their backs for a ride to the forest. But we did not know that the
unusual person was one of the demons of King Kansa.

The unusual person led Shishupala to a place where fire was lit. But Shishupala, was an extraordinarily strong child among the team, so he was not scared. Then, he taught the demons a good lesson with the help of Krishna.

This day was a better day than reality. I did not want to come back from Vrindavan.

PrevPreviousI can live without my Ipad, but not without Mom- Essay
Next‘In my picture I want to show how beautiful and colourful nature is,’says 8 year old Krrish Mehra from KolkataNext
Upcoming Events
Submit Your Own Stories
Submission Guidelines 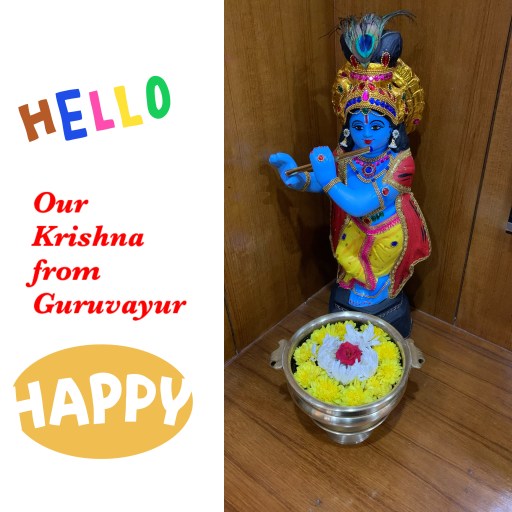 Krishna Janmashtami: My Celebration| By 9 year old Aaryan from Bangalore 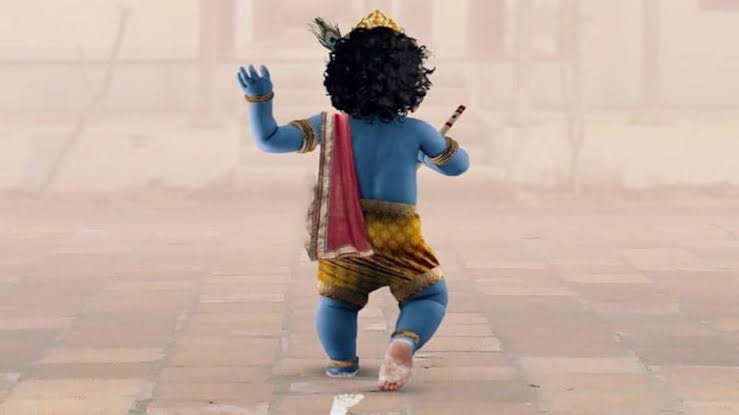 My Janmashtami Celebration | Blog by 11 year old Shrina from Kolkata