The day I got invited to a unicorn party: Read story with Sara 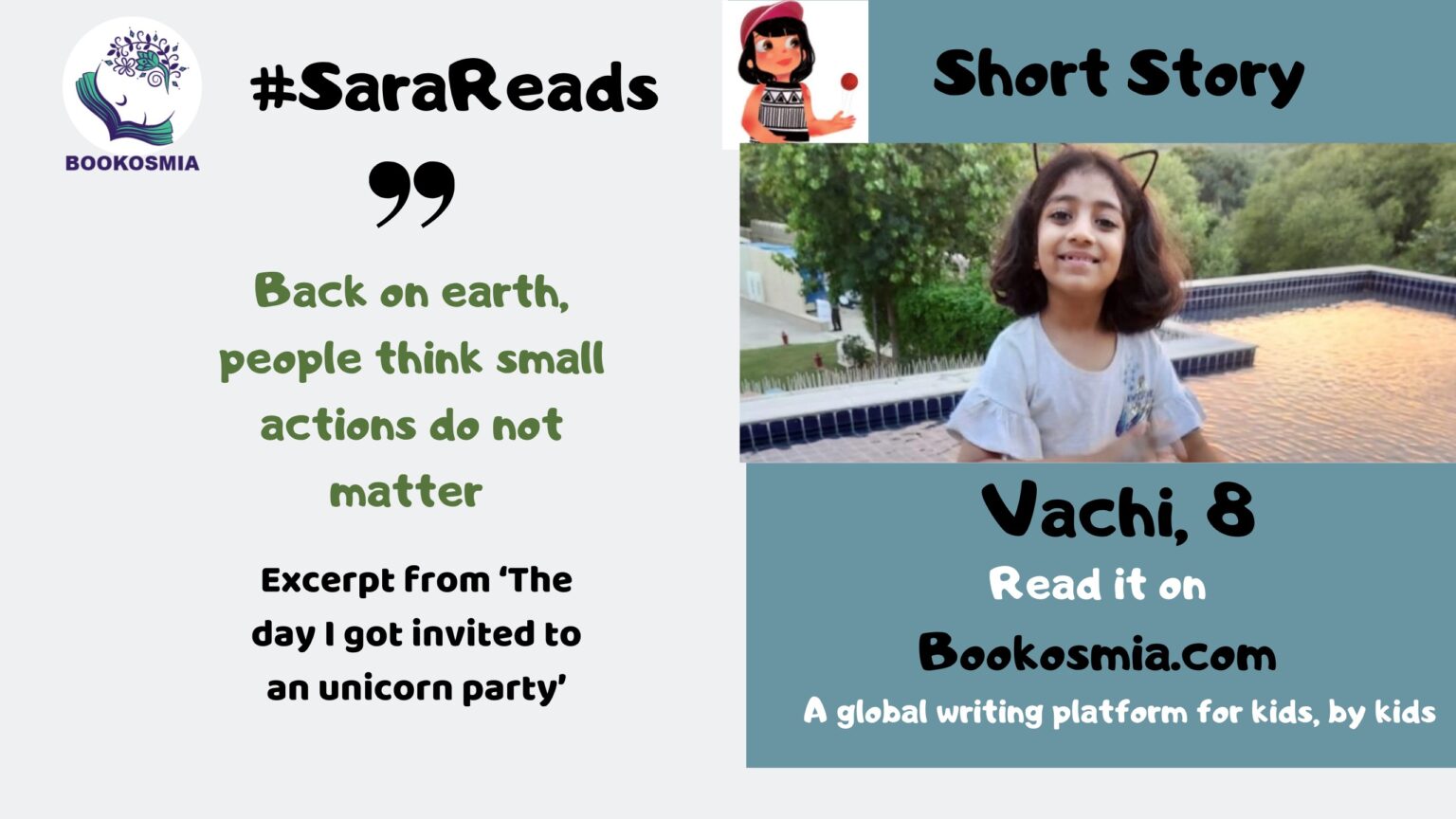 I don’t know how but one night I found myself in the land of unicorns There, I  could see millions of unicorns. The unicorns were speaking.

“Welcome Vachi,” one unicorn said. “My name is Eliza.” Another one said her name is Monica.

Eliza bought some cake and pastry for me.

I asked Eliza how I came here. She said, “Darling, you are the chief guest of our  annual unicorn day. It is a party where lots of fairies, gods and stars come and  have lots of fun.” It was very strange but I went along with it.

All the fairies and unicorns looked happily at me. We were enjoying the night, we were dancing, asking questions to each other and singing songs. All of a sudden a very bright light appeared. I could see many fairies and wizards  coming on their vehicles like elephants, birds etc.

Then the big wizard called me and told me why I was invited as the chief guest.

He said that back on earth, people think small actions do not matter but  actually it is the small action that leads to big changes. He reminded me that last week when I had seen an injured bird, I had given it first aid and not  ignored or just seen from a distance like others had. Seeing me, many others  followed to help.

He said he saw an honest girl in me and that’s why he invited me to the party.

Then we had a gala dinner. Before leaving,  I asked the wizard if he could use his magical powers to cure coronavirus patients. The wizard said that he had actually given those powers to everyone, especially children,

“By staying at home, helping their parents and keeping their hands clean, children can help make the world a beautiful and safe place,” he said.

I came home with a new learning – do good, be good. Even a small act means a lot to the world.