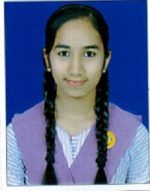 A father worries his son is too used to living a luxurious life and takes him to a village. Read on this story written by 15 year old Sufiya Anjum from Excellent English School, Bangalore to know how the young boy will surprise his dad!

Dear Kids, Moms and Dads,Bookosmia means the smell of books and we hope to make children fall in love with reading , writing and everything else around Indian stories. We believe that our little kids are perfectly perfectly capable and deserving of turning into little authors, maybe not with fancy words or perfect spellings but with some brilliant ideas! Submit your own stories to us by mailing them at support@bookosmia.com.And now serving, this wonderful story written by a star author aka Bookosmian. Best enjoyed by a parent and a child with some extra cuddles on the side.Thats how we like ours.Love,Team Bookosmia

There was once a rich man whose son had grown up with all the luxuries of life like a grand house, shiny cars and rooms full of toys. The rich man was worried his son might become spoilt so he took him to a village to show him what life looks like for the poor.

First they met a family who lived in a tiny hut without light, water or washrooms.

“How can you live in such conditions?”, the rich man and his son asked the poor family.

“We may not have money but we are rich because we have God’s blessings,” they said.

Then they both went to see the river. Unlike their house where they had clean water to drink, 24 hours tap water and pools to swim in, here people did all their cleaning, washing and drinking from the same river water. Soon it was nightfall and they arrived at a small house to spend the night. Without a bed or fan, they just couldn’t sleep.

Moreover, they were disturbed by strange sounds coming outside. They stepped out of the house to see what the noise was and found a group of boys playing happily with a swarm of fireflies. The rich man’s son was fascinated. He had every toy in the world but none of them could match up to the glow of the firefly.

The next day, the rich man took his son to a poor farmer’s house for lunch. Due to a bad crop season, there wasn’t much to eat. The farmer served them a meal of one chapati with onion. The rich man kept staring at the plate but his son began eating and even praised the delicious food.

The rich man was shocked. He whispered in his son’s ear, “How can you eat this? I feel like vomiting.” The son turned to his father and told him “Dad, at home, I get a meal prepared by the finest chef in a silver plate but you and mom are too busy to serve it to me or even sit with me. Here, the food is served to me with love, that’s the ingredient that makes it so tasty.” The rich man said nothing and took the boy home.

The next morning, the rich man jokingly remarked that he was glad they didn’t have to see poor people anymore.
His son did not laugh. Instead, he said,

“Dad, we have a pool, they have a whole river.

We have one dog. From dogs, cats to birds and fireflies, each animal in the village is their pet.

We use lanterns, they sleep under the stars.

We have a garden, they have a forest.

We compare, they aspire.

We have everything and we still complain. They have nothing and they are so happy.

So tell me dad, who is actually poor? Us or them?”

← Prev Next →
All Stories