Today’s review of the iconic The Lord of the Rings is by 14 year old Raghav Fuke.

Raghav is in 9th grade and interested in Programming,  writing stories
and articles. I also like to play guitar and football. He is a student of Young Orators. 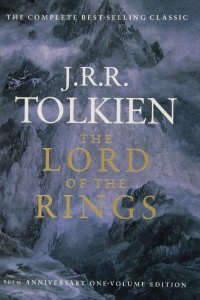 Title- The Lord Of The Rings

This is an epic story and considered a classic by everyone who has read
it. It is one of the few novels that can be enjoyed by people of varying ages. Tolkien wrote this book when he was fighting in the World War II.

Here, I am going to elaborate on this epic book The Lord of the Rings and the first part of the trilogy movie series based on the book called The Fellowship of the Ring. The story is about the victory of good over evil and the hardships that our  heroes have to overcome.

Our hobbit, a mythical creature created by Tolkien, has to destroy an evil ring, and to do so he embarks on a treacherous journey  that will require months to complete and is full of perils. But fear not, for he has loyal friends accompanying him. Gandalf, the wizard; Legolas, a swift and agile
elf; Gimli, a brave and strong dwarf, Aragorn and Boromir, both of kingly descent and his fellow hobbits, Sam, Merry, and Pippin. As the story progresses they meet a terrible monster, who gets slain by Gandalf. But just as we thought that it was gone and all was well, the monster uses its tail to drag Gandalf to the bottom of the pit. With Gandalf gone, the morale and sanity of the group were very low. Unable to resist the ring’s power, Boromir attacks Frodo. Boromir fails and Frodo manages to run away from him. A pack of orcs then attack them. After coming back to his senses Boromir is disgusted with  what he did and tries to save his friends, but in vain. He dies a death worthy of  his nobility and makes his other teammates take an oath that they will protect  Frodo at all costs.

The movie ends on a sad note. Frodo is all by himself, not knowing what to do.  Merry and Pippin are kidnapped by the orcs. Boromir and Gandalf are dead.

The book is a prototypical way of how Tolkien writes. Every detail, no matter  how small, is greatly described. He conscientiously explains their ways and  culture so much so that you feel these tribes and people have always inhabited our Earth.

Though there is nothing unique about the way he delivers his sentences and  some might take his narration as a glorified bedtime story full of grand cities  and grotesque creatures, the undercurrent of the story is very humane. It not  only brings forth all human failings like greed, jealousy, treachery and cruelty,  but also extols virtues of sacrifice, courage and heroism.

The book has been a huge success. It has inspired the readers so much that a  trilogy movie series has been made on it. The movie brings to life this epic  story in all its grandeur. Be it the bucolic setting of the Shire, home to the naive  Hobbits, or the grand castles with towers reaching the skies in the cities  of Rohan and Gondor or the dreary dungeons of the dark lord in Mordor, we witness the story as if a character in it with no dialogues. Truly wonderful are  the scenes with epic battles and songs that our heroes sing to reminisce  bygone times and people. The CGI in this movie is incredible and far ahead of its time.

The movie has done full justice to the book and has very few inaccuracies. The  casting is impeccable, comprising of both experienced and new actors.
To rate the book and the movie, I will rate it TOLKIEN out of TOLKIEN, or in  other words, it is perfect!  On a scale of 5, I will give

Truly ‘The Lord of the Rings’ tells the one story, which like the eponymous ring  in it, rules them all!