Hello hello, Sara here! Thanks for pouring in your entries to my ‘Nature with Sara’ section, in which we find a beautiful way to enjoy nature.

Today’s write up is an epistolary work, which means in the form of letters, by 12  year old Laksha Khanna from Kolkata.

Laksha is a 12 year old , studying in class 7 in Sushila Birla Girls School, Kolkata. She is a student of Word Munchers.

Laksha is passionate about writing from an early age. She is also fond of dramatics. She enjoys being on the stage and  performing for an audience.

Hope you are doing well. I came to know about your obsession with birds. Recently we had a school trip to Russia and I was a volunteer to accompany a bunch of seventh graders. I am writing to you to tell you about our encounter with the Spectacled Eider, an endangered species. 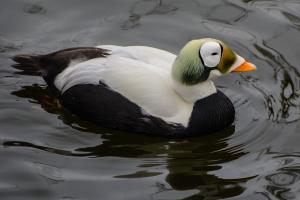 It was a Saturday morning and we had a free day before we left for home. I took a bunch of seventh graders to a park to spend the day there. There was a tranquil lake nearby and a lot of ducks were merrily swimming in it. My juniors bought a loaf of bread from the nearby bakery and started feeding the ducks. I would have never found the Spectacled Eider if one of the kids hadn’t pointed out that one of the ducks was wearing glasses. All the children gathered around the lake and started pointing and gasping at the duck. I came closer and I found out from one of the locals that it wasn’t a regular duck but it was a Spectacled Eider who has a large white patch around their eyes, outlined with black which makes it appear as if it is wearing spectacles. It had a marvelous white and black body, a green neck and an orange beak.

Suddenly it swopped down and grabbed a mollusk in its mouth. The children watched carefully how the mollusk fought for its life and how the eider was fighting for its food. Later that evening, one child was really fascinated by this bird so he started telling us all about the eider. He told us that the Spectacled eider was an endangered species because it was a common prey for predators if they didn’t travel in large groups. 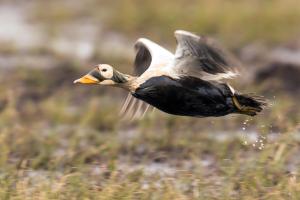 Overall it was a rare experience viewing an endangered species in a park. Hope to hear from you soon. 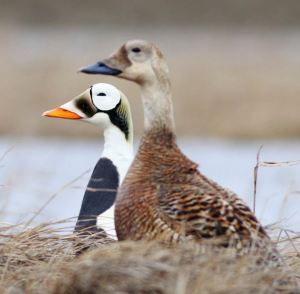 Wow, that’s really cool, right? Would you want to get published on this global writing platform and become a Bookosmian?

Here is how to go about it-
https://bookosmia.com/submit-a-story/