#Sara’sActivities: Tangram #15- Superhero in a rocket 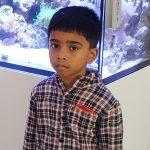 Hey little ones. Your new best friend Sara here. 7 year old Upamanyu of LRN has penned this tangram story, living his dream I am sure- of an astronaut who is also defeating the bad guys! Read on….

Sam and his Rocket 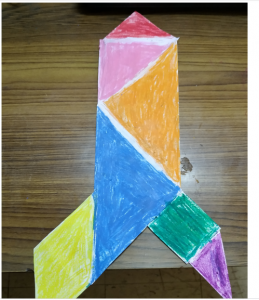 Once upon a time there lived a little boy named Sam. He was very interested in space.

When he grew up he studied very hard in astronomy and became an astronaut. His dream was to go to space in a rocket.

One day his dream came true when he was selected to go to space in a rocket.
After he started his journey to space, after a few days he landed on an  unknown planet.There he found some  living beings who were very tiny in size.

One Reply to “#Sara’sActivities: Tangram #15- Superhero in a rocket”