Hey everyone. Your new best friend Sara here. Here is the story of The Two Friends- The Cat and The Swan. 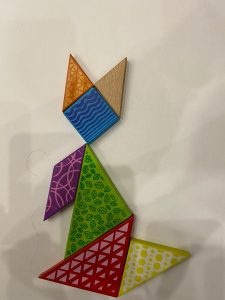 Kitty was roaming on the road for food when she met a swan called Shanny.  Kitty had no friends so she thought of making friends with the swan. 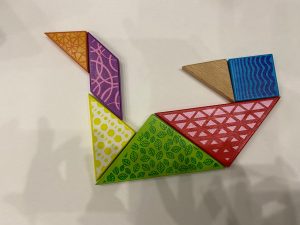 Kitty went to Shanny and asked if she agreed to become her friend. Shanny said, “Sure” and they became friends. Now that they were friends Kitty told Shanny that you are as beautiful as a sunset to which she replied to the Kitty,”You are as cute as a button.”

One day they were very hungry. They went to a forest in search of food. Kitty spotted a bowl of milk near a tree and pounced towards it while Shanny the swan was munching on grass nearby. Suddenly they heard a roar of a furious lion. They got frightened and ran away. They decided they will eat whatever they have and never go out into the forest for food.

One Reply to “Kitty the Cat, by 7 year olds -Takshvi Singh and Prachi Kothari- Tangram Stories#9”