Hey young readers, Sara here! Do you know what a Tangram is?Tangram is a  dissection puzzle consisting of seven flat polygons, called tans, which are  rearranged together to form different shapes and patterns. Tangrams are a  great learning tool for building STEM skills. 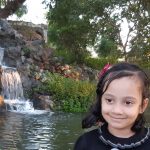 Rockets are popular we always knew, right! Here is another rocket Tangram and a cute story by 6 year old Raaisha Todi from Mumbai.

His dedication and perseverance paid off and he became an astronaut.

He could manage to buy a rocket after some time. He named it Rock.He sat in the rocket and went to Moon. He met aliens on Moon and became friends with them.

Aliens discussed how they grew their own food using machines. Aliens showed him their space ship which had all the machines to produce food and to survive. After spending few days with them he returned to Earth with lot of experiences from space and gifts from his friends.It was a dream come true experience of his lifetime.