Any Rick Riordan fans? 13 year old Saksham Jain, a Bookosmian from Delhi reviews ‘The lost hero’ for us! 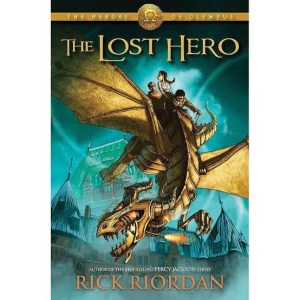 I had already read other Percy Jackson books, now I laid my hands on this fantastic Heroes of Olympus series.

The book cover is amazing. The Lost hero is the first novel in ‘The Heroes of Olympus’ series written by Rick Riordan. It includes ancient Greek and Roman mythology. It is also a mixture of modern and myth. This story is set in late 2010.

This story is the beginning of another great prophecy. The main characters in this story are Jason, Piper and Leo. Jason has disappeared from his Roman camp (Camp-Jupiter) and lost his memory. He has reached the other Greek camp (Camp Half-Blood). Three of them were offered a quest to rescue the goddess Hera from a very dangerous evil who is preparing an army of giants and other underworld monsters. They must rescue her before the winter Solstice. There are many heroes in this novel, but I liked Jason most, he is the son of Zeus. He has many abilities;he has a coin made up of imperial gold which can change into either a sword or a spear. 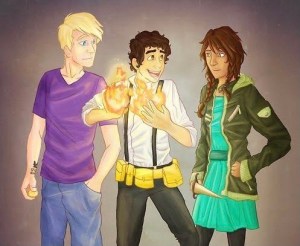 According to me, anyone who is above 11 can read and enjoy this book but I highly recommend that you should first read the previous series ‘Percy Jackson and the Olympians’ if you haven’t.

I would like to give this book 5 out of 5 stars because this book pushed me to be a young author.

Enjoyed reading this review? Do you have a book/movie review to be published on this global writing platform? Click here to know how