Poonam Yadav – The girl who bowled ‘impossible’ for a duck! **Sara’s ‘Be a Sport’ series**:

Hey friends, your favourite drama-athlete, Sara here! Sometimes, we get teased about how we look and it makes us wish we could change that about ourselves.

I know of a girl, who was teased for her short height. You know what she did? She went on to make her short height, her greatest strength.  Curious to know more? I bet you are! Presenting, the story of Indian cricketer Poonam Yadav, a girl who bowled the word ‘impossible’ out of the dictionary.

The boys in the colony had just finished arguing over how tall the drawing of  the stumps on the wall should be. A small figure hovered around them. 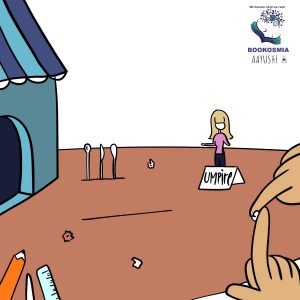 “Why can’t you go make rotis or play ghar-ghar like the other girls?” another boy remarked. The girl gave him a glare and sped towards the line they had marked as the bowling crease. Someone was threatening to complain about her to her mother for not behaving like a ‘girl’. Why couldnt she be happy with kitchen sets and pretty dolls. Don’t all girls enjoy that?

The batsman at the other end saw a pint- size girl running towards him and tightened his grip on the bat. Those fiercely determined eyes, they could not belong to an ordinary girl, he thought. And he was absolutely right. 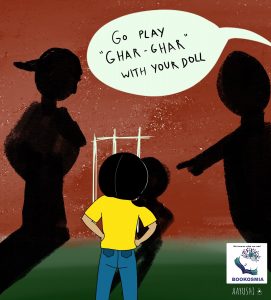 The girl’s name was Poonam Yadav and she was anything but ordinary.

Poonam loved sports but in the small city her army father was posted in, the idea of girls playing a sport, let alone with boys, was frowned upon. She was the first person in her family who had wanted to be a sportsperson, making it all the more difficult for her to convince them of her passion for sport.

When she was around 15, her father was transferred to Agra and she had her first taste of professional coaching . There she trained under the watchful eyes of her first coach M K Afghani and later Manoj Khushwaha.

For Poonam, it all seemed like a dream. The days of being ridiculed and being doubted on seemed far away but unexpectedly, a bigger challenge appeared.

The coach wanted a word with her, privately.

The coach sat her down gently and explained that she was not effective as a medium pacer (a bowler who doesn’t bowl too fast or too slow). One of the reasons for this was her height, which was just a tinge below 5 feet. If she continued to bowl medium pace, there was likely no future for her.

Poonam felt devastated on hearing this. She had not come so far to give up for something that was not in her hands, her height. She asked the coach what she could do.

“There is one thing,” the coach said after some thought. “But it is a long shot. You may take a lot of time to pick up this skill or it is possible you may not learn it at all. If that is the case, you will never become a cricketer.”

“What is it, sir?” asked Poonam, feeling like her whole life depended on the answer.

“Leg spin,” said her coach as a couple of eavesdroppers around them gasped. Leg spin wasn’t just a challenge. It was a mountain. A tall, slippery and unpredictable cricket mountain where a young bowler had to have immense dedication to even learn the basics let alone excel at it.

“I will do it sir,” said Poonam and she was off to climb her mountain.

Come rain or shine, she was at the academy every morning at 6 am, the lone leg spinner there. Between her fitness and skill sessions, she averaged more than 8 hours on the field everyday, taking no days off.

When she was not playing, she was thinking. She would pick the brain of former India player and her mentor Hemlata Kala and a new idea began to form in her head.

Generally, spin bowlers rely on things like flight, trajectory, length and the right pace for their skill to be effective. And being tall, or at least of average height can be of great help.

For Poonam, her short height was a major disadvantage. But she realized something that most people fail to. A physical feature becomes an advantage or disadvantage depending on how we choose to use it. 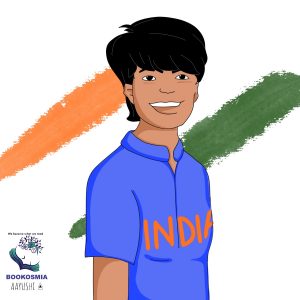 Poonam decided to make her lack of height, her weapon.

While Poonam became an expert at bowling googlies like other great bowlers, her short height gave her the extra advantage of making  the ball take longer to reach the batter. Waiting would make the batter impatient and they would often mistime their shots.  With this combination of excellent flight of the ball and a longer wait time for the batter,  even the best batting talent in the world gets fooled into playing the wrong shots.

Poonam had done it. Where others saw a problem, she saw a solution. She developed a deadly googly along the way and with it came a bucket of wickets in India as well as tournaments abroad. 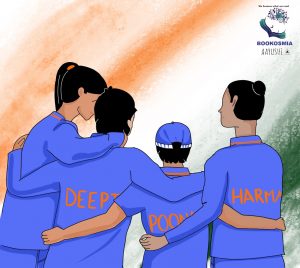 In September 2018, she became India’s highest wicket-taker in Twenty20 Internationals with 57 wickets from 39 T20Is and continued to crush her opposition in every series. In August 2019, Poonam was awarded the prestigious Arjuna Award for outstanding achievement in sports.

Many years ago, a young girl was teased for her short height. Her height almost threatened to derail her cricketing career. She had two options before her. She could either feel defeated by her height and give up on her dream. Or she could prove to the world that what they saw as her liability was in fact, her greatest strength. She chose the latter and the rest, as they say, is history.

Hey, your friend Sara here again! Enjoyed reading? Want to enjoy, understand and express your own thoughts on sports? Grab your copy of Howzzat, the first ever sports journal for kids in India. 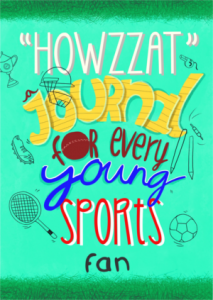 To listen to Poonam’s message urging Bookosmians to get out there and play, click – https://youtu.be/8nb6olSvgYo