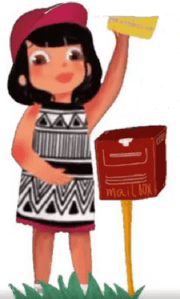 Hey everyone. It’s me, Sara, your best friend. Here we are in lockdown, an unexpected situation. How should we handle it better?

How about reading a real life story of a young man who found himself in many unexpected setbacks, but always took them on positively. Who is the man? The one and only Girish Sharma, the superman of badminton paralympics.

Two year old Girish was an active kid who loved to run about the house, making his family laugh at his antics. He had come to his grandfather’s house at the railway colony in Pipliya town in Madhya Pradesh.

One day, his grandfather fell ill and an ambulance was called by his parents. As the ambulance took his grandfather to the hospital, little Girish ran behind it, not realizing he was dangerously close to the railway tracks. His right leg got stuck on the track and to everyone’s horror, a train ran over it. In a flash of a second, Girish had lost his right leg forever.

As he grew up, a popular young man in his circle of family and friends, Girish Sharma never thought himself to be any different from others.

“I want to join the army,” he told his teacher confidently when he was 8. He nursed that dream well into his early teens till he learnt the truth – he was not eligible for the army due to his disability. 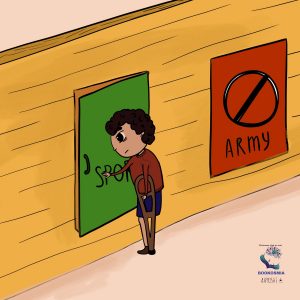 One door had closed on his wish to serve India but another was about to open. It was the door to a badminton court.

He was about 14 then and just following his brother into a sports academy. The moment he saw a badminton court, he stood mesmerized. The long volleys, the shots, the sound of the shoes squeaking on the turf…he was in love!

A one legged boy playing a high intensity game on a court, returning full bloodied smashes– ‘Was it even possible?’ wondered some.They got their answer soon enough.

It didn’t take him long to pick up the sport and people stood amazed as the player with one leg matched his two legged opponents with his astounding play.

In 2007, he rose to his career best World ranking of 2 and continued winning prestigious tournaments like the Asian Paralympics cup. By 2015, he had carved his stamp on the domestic and international badminton circuit as a formidable para-athlete. Para-athletics means sports practiced by people with a disability. 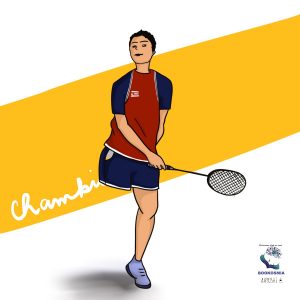 Everything seemed to be going rosy for him until he was asked not to play with crutches’ support anymore by his mentors. With his style of play where he was giving too much stress to his one leg, there was fear of extensive damage.

Moreover, it was not possible to fit him in a prosthetic foot either. The only solution was to play on a wheelchair.

Girish had played for 15 years with one leg and a crutch. He had never used a wheelchair and now he had to suddenly pick up totally new skills like wheelchair control, grip, tactics and stamina. Moreover, buying a sports wheelchair was expensive, costing several lakhs which he wasn’t able to afford.

While able bodied athletes often manage to bag government jobs and sponsorships for new equipment, it is extremely difficult for para athletes like Girish to get any funding. Unfortunately, despite their incredible achievements, para athletes do not get the respect they deserve.

The lack of support shook Girish and he went through tough times before an image flashed before his eyes. It was of an 8 year old boy with only one leg  declaring chirpily that he was going to do his country proud one day.

Girish knew he owed it to that boy, his younger self, to try as hard as he could.

A foundation sponsored a sports wheelchair for him and he decided to adopt the curiosity of a child once more, soaking in as much as he could. Yet another challenge had been thrown his way but he wasn’t scared.

He still held onto his dreams for India- win her medals and start an academy to coach young para badminton players. There is so much to do, he thought.

Girish strapped himself into the unfamiliar wheelchair and slowly moved forward. He was oddly happy.

He was getting a chance to relearn and fall in love with badminton, all over again.

***
So, how did you like my friend Girish’s story? He is awesome, isn’t he? Would you like to write to him about how you felt after reading his story? Tell me in the comments section below or write to me at sara@bookosmia and some of you lucky ones might get a message back from Girish himself!

See you soon with another fantabulous story. Ta-da!