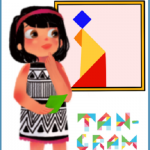 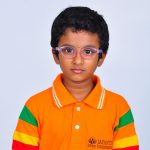 Today’s story is by 6 year old Vetharithika and it is special for many reasons. Not just that Vetharitika is from a small town Nevyeli in Tamil Nadu or that she has cut out her Tangrams by hand or that it is the first time someone has shared chameleon and pigeon shapes using Tangrams, but that  with all of this her story is stunning in itself and speaks of her empathy and creativity.

Once upon a time, there was a girl called Rani. She loved puppies.

So her Mom and dad gifted her a puppy. 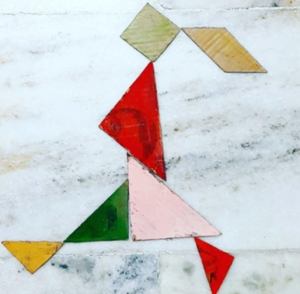 She named him Bruno. She fed him, put him to sleep,made him take bath and  always played with him. They loved each other so much. 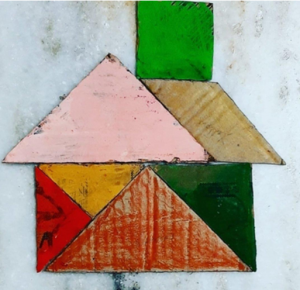 One day Bruno got lost. Rani became very sad. She started crying very badly and searched her whole home. But she could not find him. So she told her mom and dad about it. They went out to the street searching him.

First, they met a Cat.

Rani asked the cat “Catty, did you see my Bruno anywhere?”

Catty told “Yes. He was taken by a girl and a boy in the south direction.” 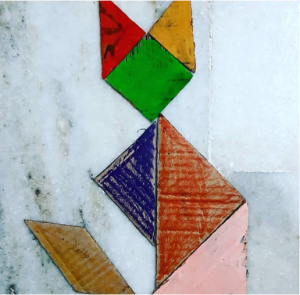 Then they walked south. Next they met Chamy, the Chameleon. Rani asked the chameleon “Chamy, did you see my Bruno anywhere?”

Chamy told “Yes. He was taken by a girl and a boy in the West direction. Bruno was barking a lot”. 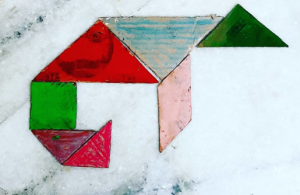 Then they walked West. They met a Pagi, the Pigeon. Rani asked the Pigeon,   “Pagi, did you see my Bruno anywhere?” 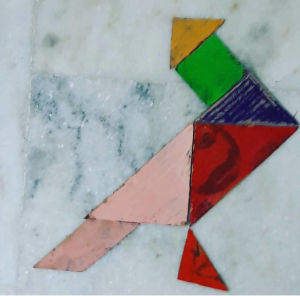 Pagi told, “Yes. He was taken by a girl  and a boy this way. I followed them and found the place where they have him. Come behind me.”

Pagi started flying. Rani and her parent followed Pagi. They reached that place. As soon as Bruno saw his family, he jumped out of the gate and ran towards them. 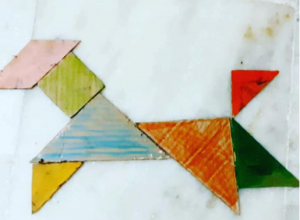 Rani became very happy. She thought she will get the kidnappers arrested but they looked so sad so she decided to let them play with Bruno for a while.  Rani never ever left Bruno alone after that.