Today’s review is of one of the most talked about books of our times, and one which broke site records for fundraising for literature publication. 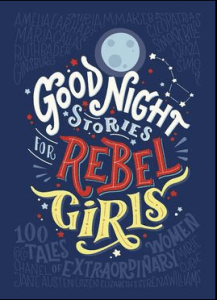 Title: Rebel Girls
Story: Alfonsina Strada
Author: Elena Favilli & Francesca Cavalli
The Reberl Girls is a collection of Good Night Stories for Rebel Girls is a series of two children’s books, aimed at ages six and up. The books each feature  short stories about 100 real women who can be role models to children.
I particularly enjoyed the story about Alfonsina Strada.

Hey, Sara here again. Enjoyed reading this review? Do you have a book review to be published on this global writing platform?