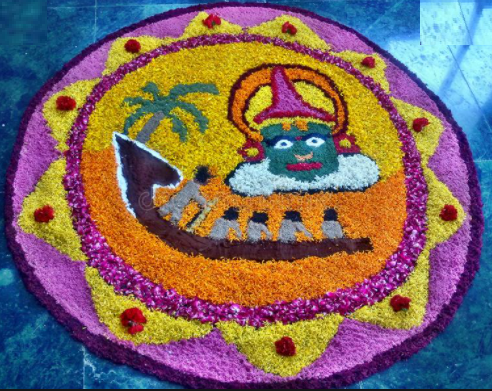 Onam is an annual holiday and festival celebrated in the state of Kerala, India.This festival is one of the most joyful occasions in Kerala and the entire  state is filled with happiness during the celebrations.

Many tourists also visit  Kerala during this time to know more about the  culture of the people living  there and to be a part of the celebrations. Kerala  which is also known as the ‘God’s own country,’  is altogether transformed  during Onam.

Onam is a harvest festival celebrated by all people in and from Kerala, irrespective of religion. The date of Onam is based on the Hindu Panchangam and falls on the 22nd nakshatra, Thiruvonam in the month Chingam of  Malayalam calendar, which in Gregorian calendar overlaps with August and September.

According to legend, it is believed that Onam is celebrated to honour the kind-hearted and much-beloved demon King Mahabali, who is believed to return to Kerala during this festival. According to Vaishnava mythology, King Mahabali was a demon king of the Asura tribe who defeated the Gods and began ruling over all three worlds, and won over the hearts of his subjects.

Sadya is served on banana leaves during Onam and is a 9-course meal consisting of 26 dishes. It includes Kalan (a sweet potato and yam coconut curry dish), Olan(white gourd prepared in coconut curry), Kootu curry(a dish made of chickpeas), Rasam(a soup-like dish made with a base of tomato and pepper,eaten with rice and other preparations) and the much-beloved dessert, Parippu payasam(a rice kheer preparation)

Onam is celebrated with a number of cultural elements. This is the most  important harvest festival of Kerala. Keralites all over the world celebrate this  festival with pomp and gaiety to welcome their beloved King Mahabali. 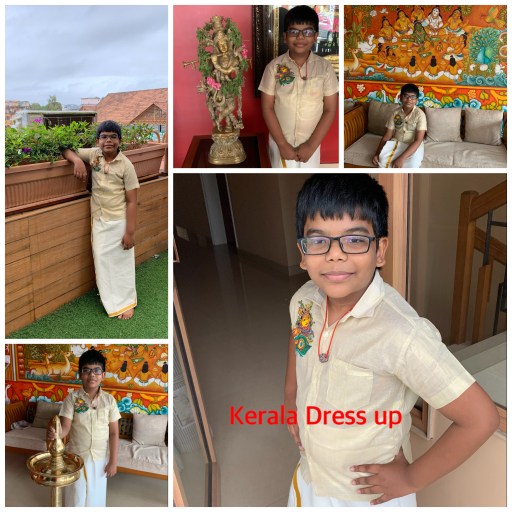 Kerala Holiday: A trip to God’s own country|Blog by Aaryan,9, Bangalore