‘Harry Potter and the Chamber of Secrets’ Book Review by 12 year old R.S.Anandita from Chennai 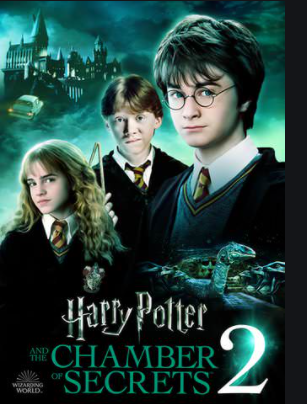 Today’s review by 12 year old R.S.Anandita from Chennai writes a passionate review of a book in the iconic Harry Potter Series.

Anandita is a student of NSN Memorial School, Chennai.

Title- Harry Potter and the Chamber of Secrets

This is my favourite book and one that I never get bored of. I have been  fascinated by it since I saw the movie. That made me want to get the books.

There has never been a movie which I have missed in the Harry Potter series. I  have watched every movie, almost more than ten times. Then once I got the  novels I had my nose buried in them. I really loved and admired the books and  they were more interesting than the movies.

Now coming to the story, this is about the life of a boy, Harry Potter who discovers that he is a wizard and that he conquered the Dark Lord (the most  horrible wizard whom everyone fears of in the wizarding world) when he was  only a year old baby. He goes to Hogwarts School of witchcraft and wizardry at  the age of eleven. Salazar Slytherin does not like the Muggle borns (non magical folks) and built a secret chamber in the school known as the  ‘Chamber  of Secrets.’ He believed that his heir will come to Hogwarts, open the chamber  and kill the Muggle born students.

The book, ‘Harry Potter and the Chamber of Secrets’ is Harry’s second year at  Hogwarts. Doomy warnings from a house elf, hearing a terrifying voice at  school, Harry discovers that history is to repeat itself!! That means the  chamber of secrets has been opened again after fifty years.

This book is full of mysteries and adventures. I love Harry Potter as well as the  author J.K. Rowling.

7 epic stories and one magical adventure, is what I can call this!!   I would give

5 stars* and I would recommend it for ages 9 and above.

PrevPrevious‘Into the unknown- A space mission’ by13 year old Aanya Patni from Kolkata
Next‘Diwali is about fireworks, delicious food and blessings’ by 9 year old P.V.Keerthi Sanjana from ChennaiNext
Upcoming Events
Submit Your Own Stories
Submission Guidelines