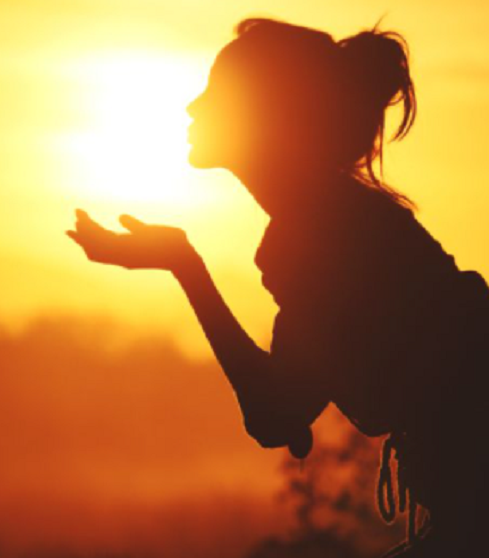 I’ve always loved the idea of not being what people expect me to be. But in retrospect, this rebel in me is born as a product of the most colorful people around me. Although the people I am about to mention, might seem like generic choices, it’s the truth.

“It might be difficult to be different, but that’s the only thing that will set you apart from others.” My mom has said this line to me for as long as I can remember. She was the youngest of her 7 sisters, and in her childhood, my mom used to be a tomboy. Yes, in those old days, she had the courage to have a short boy-cut, wear vests like boys did, play cricket with the neighborhood boys, and most of all, walk around like she was the boss. The vendors at the store near her house used to call her “Minu Bhai”, and she was fearless. She always stood up for herself, no matter who was on the other side- parents, teachers, friends, anyone. I might have made her sound terrifying, but she was also kind and giving, just like she is now. Everyone knows not to mess with her, but everyone also knows she’s the first person to jump in to take care of someone, no matter what they have done to her. “Just because he/she did that to me, I can’t do the same. There has to be something that makes me different.” While I wish I got both sides of her personality, I just got the fearless lone-wolf trait.

My father comes from a village in Bihar. His mother passed away when he was just 16, and his dad had  recently started a business. He had two sisters who needed to be taken care of. In 10th grade, he left his  education and joined the business. He has seen days where all he had was a pair of clothes that he wore every day, and once in 6 months, he would buy something new. From there, he has learnt, all by himself, how to run a business and invest in the stock market. From the ground up, he has built everything, and during his excruciating journey, as his life finally started to come together, his friends parted with him. But he didn’t stop. Finance comes naturally to him, and recently as my love for finance grew, I noticed it came naturally to me too. But that’s not the only trait I got, it’s also the panic, extremely loud voice, superiority complex, and bigger than Kim- Kardashian ego.

In case it wasn’t clear enough, both my parents are lone wolves. Happy if they have no friends, rather than fake friends which brings me to the next most colorful person in my life. My only friend and I most definitely don’t mean this in a sad or depressed way. I take pride in knowing I have only one friend, because I’d rather have this, than have to pretend to be fake all the time and force myself to hold conversations and force smile. A personality like hers is very difficult to find, so describing it may not be crystal clear. She has a magnetic  air about her, and at this age, the only person I’ve met with no fear of missing out. She can’t  express her feelings (a problem we both have) but every now and then let’s herself loose and opens up to me. Her  carefreeness, ego, and holier than thou attitude resembles mine, which is probably a dangerous thing, but so far so good.

They may seem like they have diverse personalities, but the one common link between all three of them, is their carefreeness, power to defend themselves, and realism (maybe attitude too) and I think my personality is a combination of all.