Word Activities with Sara #10 Idiom Story- How the extremely focused girls ‘hit the nail on the head.’

Hello friends, Sara here and I am back with an Idiom story. What is an idiom?  An idiom is a phrase which does not have the same meaning as its literal  meaning. 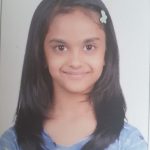 Today I bring to you this exciting story that will showcase the usage for the idiom “Hit the nail on the head.” By 10 year old Aadhya Gupta of Little Readers Nook Mumbai.

There were two girls named Taffeta and Ava. They were selected for ‘A Minute To Win It,’ a challenge game which needs extreme amount of focus. They were so excited because if they win, they wanted their own dog as a prize from their parents. Their parents were happy for their 12 year old daughters and agreed saying, “You will have to take care of the dog.” At this moment everybody had started laughing. The parents were confident about their daughters passing the challenge.

Taffeta and Ava had built a big tent where they would practice for the big day.  After a few days, it was time for the challenge. The first challenge for them  was to bounce a ping- pong ball into a glass.

“Oh, I am so excited,”  said Ava. They had decided that Taffeta was going first. And what a round it was!  Taffeta had been victorious in her first try which added  11000 rupees to their prize money.

In the second round Ava had to pull a note out of two bottles, with one bottle below the note and the other bottle on top of the note. It was a hard challenge. Unfortunately in her first attempt, Ava could not do it.

“Hit the nail right on the head Ava, you got this!” said Taffeta. Because of a wonderful and encouraging message from Taffeta, Ava got it right it in her second chance!

In the last round, they had to play as a team and  balance a light book on their head and go to the finish line. They had a time limit of 60 seconds! They both were focused on ‘hitting the nail on the head.’

They were successful in winning 21,000 rupees! Their parents also got them a dog as promised. The girls took care of their cute pug properly and loved it very much.

Takeaway- When in a difficult situation, focus on reaching your target clear-cut.  In other words hitting the nail on the head and never give up.

Word Activities with Sara #9 Limericks- “When you came to my hut,” by Arnika, 7, Netherlands

Hey everyone, Sara here!  Time for some fun with words. Do you know what a limerick is? It is a humorous  poem with five lines, the first two lines have the same final sound as the last line. You might think it is easy, but it is one hard nut to crack! 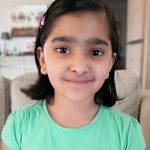 Today, I bring to you this wonderful bit by 7 year old Arnika Jain from Almere, Netherlands. She is a student of International Primary School, Almere , Netherlands.

When you came to my hut

I closed the door shut.

Time for you to go back home, and eat a nut.

Word Activities with Sara #8 Idiom Story- Nicky is behaving strangely, “Out of the blue?”

Hello friends, Sara here and I am back with an Idiom story, like none other! A story about two best friends who bust a lot of stereotypes, a boy who cares for his friend and a girl who is excellent at playing cricket! Read this brilliant idiom tale by 10 year old Aadita  of Little Readers Nook Mumbai.

Wait, what is an idiom? An idiom is a phrase which does not have the same meaning as its literal meaning. This awesome story will showcase it for the idiom “out of the blue.”

Sunny and Nicky are best friends. They grew up together and love to play cricket. Sunny is three years older to Nicky. As time went by, they practiced a lot. Soon they were the best players in the team and won every single match.

Suddenly, out of the blue, Nicky started playing as if she was the worst player of the team. She missed every single shot and seemed like she was in trouble. Finally, one day Sunny came over to her house and asked what had happened. Nicky said she didnt know. The next day, Sunny figured out that Nicky was not able to see the ball properly and only needed glasses.

Sunny rushed over to Nicky’s house and told her to buy a pair of glasses. After the eye doctor confirmed, Nicky got new glasses and went back to being an excellent player of the game. 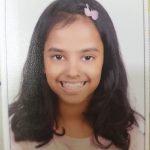 Hey everyone, Sara here! Today is this idiom packed story by 10 year old Kanishka Jain of Little Reader’s Nook Mumbai What is an idiom? An idiom is a phase which does not have the same meaning as its literal meaning. This fun story will illustrate.

Friday is Riya’s online school. In English class she had a task about writing a story on Idioms. Luckily , She had a class of Sheetal ma’am on the same topic  on Wednesday.  Riya was overjoyed or ‘over the moon’ knowing about it from her mother.

Soon in the evening, she joined the class. Riya was very excited. Ma’am said,”Hold your horses, Riya. Be patient. Learn the content.”

After the class, when ma’am asked Riya about the class she was quite  confident .
Next day was the test  and Riya could answer  all the questions. She could use  all the idioms very efficiently. When the test result was announced, Riya  ‘passed with flying colours,’ outshining other students.

Riya jumped with joy and thanked her Sheetal ma’am. 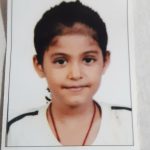 Hey everyone, Sara here!  Time for some fun with words. Do you know what a  Haiku is? It is a style of poem that originated in Japan. Generally written to evoke images of nature, Haiku is a short, three-line poem that follows the pattern of five syllables in the first line, seven in the second line and five in the third line.

Want to try? Send us your Haiku entries! But before you do, dont miss these really beautiful ones from 13 year old Diya Shah from Kolkata.

Word Activities with Sara #5 Idiom Story- A Piece of Cake

Hey everyone, dont we all find it difficult to understand when someone says things using idioms? What are idioms? Here this cute story by 8 years old, Kanishka Lohia from Mumbai will illustrate.

One day it was raining cats and dogs and I wanted to eat lots of cake but all the pastry shops were closed, so I decided to make my own cake. At first I thought it will be like building a castle in the air as it was my first time baking.

I decided to take up the challenge and try something new. I started by taking out all the  ingredients and looking at my sister Aanshikha’s special cake recipe.

I put the dry ingredients in one bowl and wet ingredients in another. Then I mixed both of them carefully together and placed it in the oven. I held my horses till the oven went ding! To my surprise, I realized it was the best cake I  ever had.

I realized that cooking is a piece of cake!

Word Activities with Sara #4 Limericks-There was once a Man

Hey everyone, Sara here!  Time for some fun with words. Do you know what a limerick is? It is a humorous  poem with five lines, the first two lines have the same final sound as the last line. Want to try? Send us your limericks! 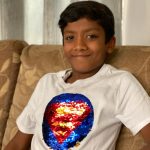 But before you do, dont miss this really funny one from 11 year old Saketh from Bangalore.

There was once a man
Whose skin was the colour tan
He used to visit the beach
And once there gave a big speech
When people threw things at him he ran!

Once there a boy named Aarush. He always wanted cats and dogs as pets.  However, his parents refused because the pets could dirty and damage their  house. One day, Aarush was going to his friend Dev’s house. On the way, it  suddenly started raining very heavily. He wished that cats and dogs could also  rain and he could get them as pets. It stopped raining after ten minutes. 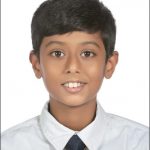 Word Activities with Sara #2 Limericks – A girl in Turkey

Once there lived a girl in Turkey,
She was very quirky.
Whenever she had time to play,
Took out her old dry clay
And loved going to a bakery. 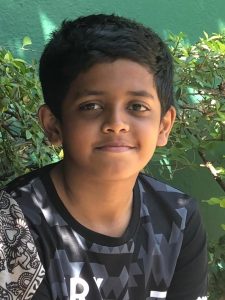 Hey everyone, Sara here!  Time for some fun with words. Do you know what a limerick is? It is a humorous  poem with five lines, the first two lines have the same final sound as the last line. Want to try? Send us your limericks! But before you do, dont miss this funny combo from 14 year old Aditya from Mumbai.

There was once a man named Pat
He was never good with the bat
When he played cricket
People always took his wicket
And he always got chased by a cat!

The tale of a dog 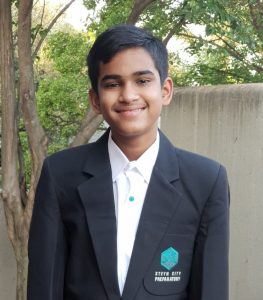