Bookosmia is a global movement for kids to feel heard! We are a global writing platform for young minds (under 17s) that publishes entries from across the world. From remote villages in India to Colorado to Munich. From adventurous magical stories to cute butterfly poems to serious essays to beautiful artwork to heartfelt book reviews- we are amazed by it all! With over 1200 unique stories published till date, we are a safe and preferred destination for kids whether it is to read, listen, write or watch their favourite stories. Want to get published? Write to sara@bookosmia.com Who keeps all this going? Meet the team.

Nidhi is Founder & CEO of Bookosmia (smell of books)-a global movement for kids to be heard! Started in 2017, Bookosmia has thrived as a unique platform for 'kids, by kids' publishing over 1500 kids from 115 locations worldwide. An ex-banker who pivoted from a 10 year banking career to her passion for reading and luring others to read (admittedly, at times forcibly), Nidhi is from Lucknow and we challenge you to have any conversation with her where she doesnt bring it up. She went to Lady Shri Ram College, Delhi University to pick up an Honours in Mathematics and a feminist flair on the side. An MBA from IIM Lucknow took her to a decade-long career in the financial sector, finally quitting as VP, HSBC as she suffers from a (misplaced) sense of satisfaction and a drive to do something meaningful with her time. Nidhi works closely with IIT Faculty and GLabs Innovation on developing fun science content for kids - from books to Augmented Reality Apps. She has been on the the board of the international journal Borderless. Outside of Bookosmia, Nidhi spends much of her time complaining there is not enough time, overindulging her two beautiful daughters, organizing dastangoi/ghazals at her place and asking (unsuspecting) people to gift her all kinds of books-from Faiz to Kahneman to Tina Fey. You can write to her at nidhi@bookosmia.com or visit www.bookosmia.com to know more. 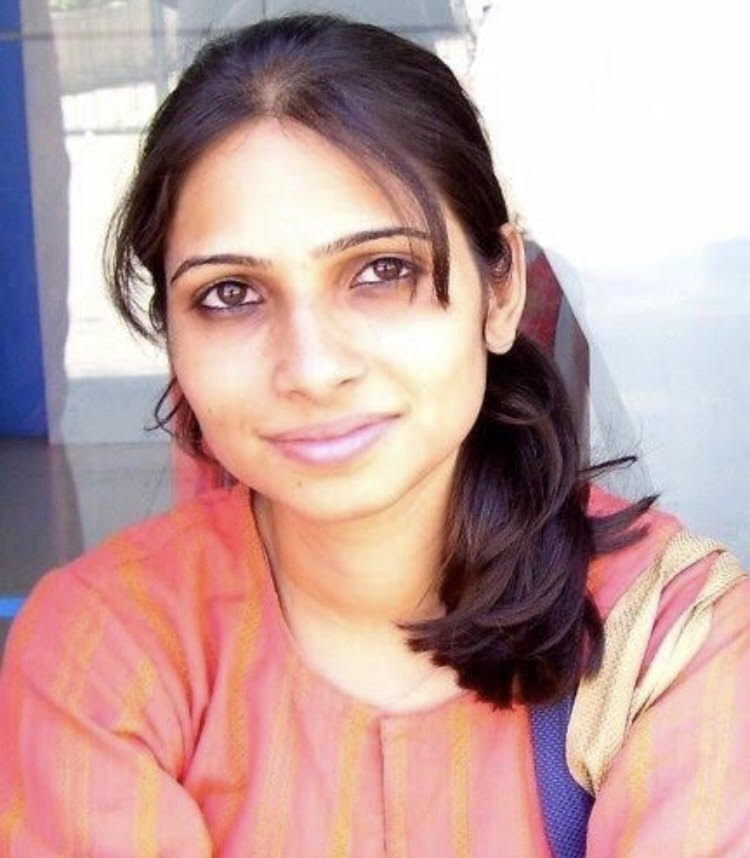 Archana claims she has had her nose inside a book since she was five. She started her career as a business journalist with Business Standard newspaper and quit as Principal Correspondent of the Bangalore bureau to focus on motherhood. In between bottles and nappy changes, she has written articles and stories that have been published in the Woman’s Era, Deccan Herald, Bonobology, Chicken Soup for the Indian Soul series and Luxury Escapes Magazine. As a corporate blogger, speech and column writer, she has worked with clients like Bank Bazaar (Singapore), HomeAway, My Dream Holiday and PartyOne. When she is not chewing on her pencil, she writes about things that matter to her most -people and sport. In 2017, her Facebook post on cricket went viral, getting her featured in mainstream newspapers across India and Pakistan including The Indian Express, The Nation and The Tribune from Pakistan. She loves interacting with budding writers and has conducted journalism workshops in colleges. She is also a closet fiction writer and won the Commonwealth Short Story contest’s ‘Highly Commended Story’ award in 2009. Archana has studied "Scripting for Sitcom" at UCLA ext under Kevin Kelton and is always under pressure from the rest of the team to write the finest kids show in India.
It is no surprise that Archana's first childrens' book Yaksha, the first ever book on the Yakshagana art form, shook up the literary world and was hailed as a classic in the making. Yaksha is available as both physical and ebook forms in Kannada and English on Amazon and Kindle. Feel free to write to her at archana@bookosmia.com. 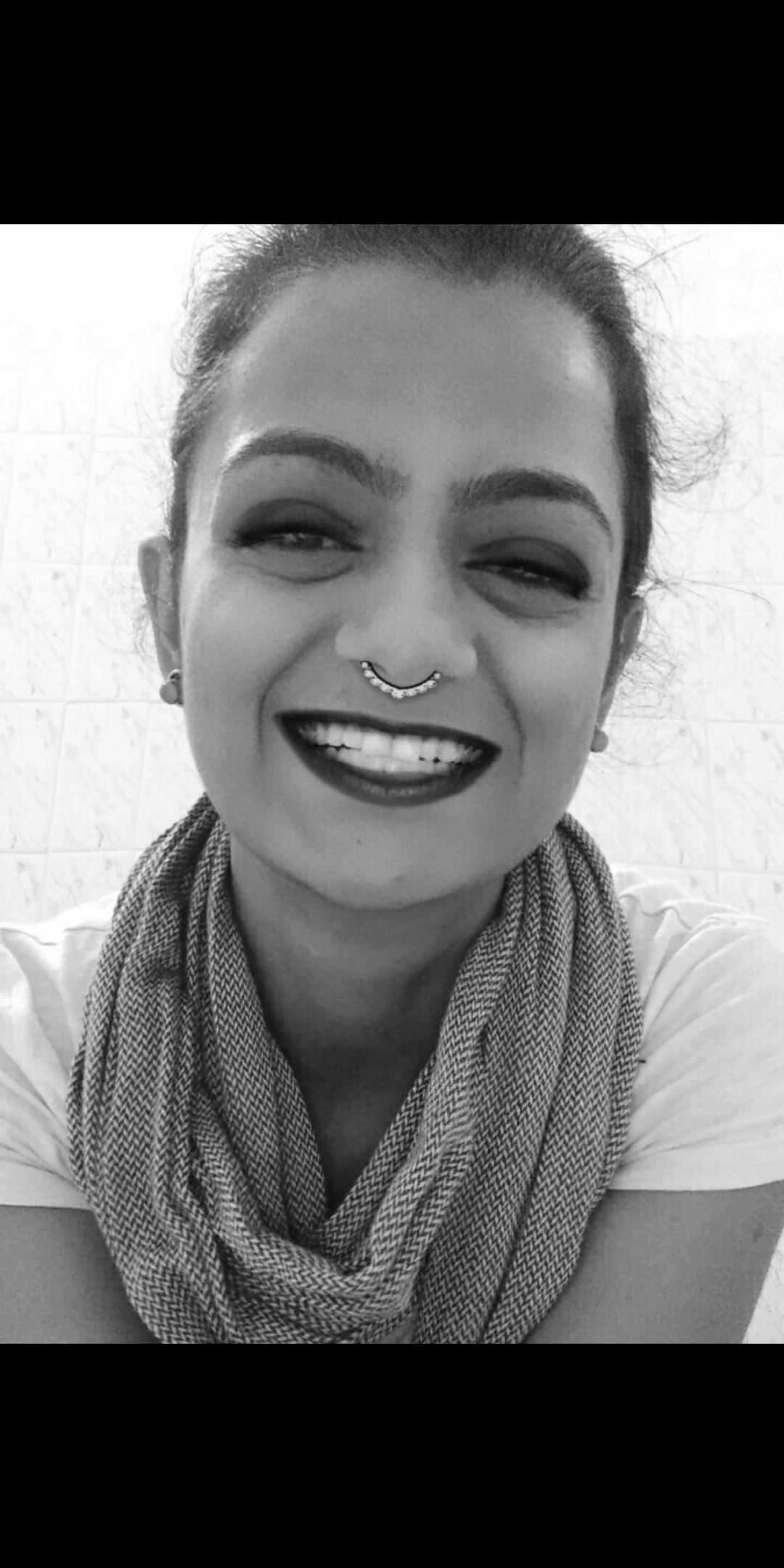 Aayushi is Bookosmia’s default design person- illustrator, cartoonist, rejector of bizarre visual ideas the rest of the team comes up with. She has illustrated for over 70 children's stories for Bookosmia. An apparel designer with a bachelors degree in Fashion Design from NIFT, Bangalore in 2016 she has worked in retails companies and an apparel label in Bangalore in graphics and fashion.
She continues to work with local textiles and art products in Rajasthan (and/or other areas, depending on how far the sourcing takes her!) and make art products and art pieces with her sister! She enjoys long drives over the mountains and late night bonfires, which she says is really only justice if you’re from a place like Mt. Abu, Rajasthan (such a show off!). You can write to her at aayushi9594@gmail.com but be prepared for a response in the wee hours of the morning. 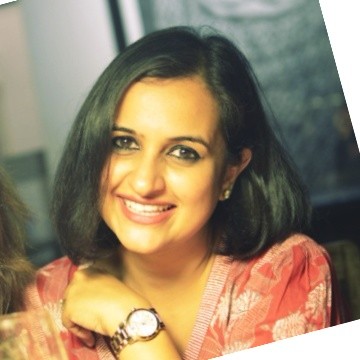 Mugdha Kalra is our 'special-mommy' in chief. She asked for a purpose in life and it came to her in the form of her son Madhav. Madhav is on the autism spectrum and mugdha is an autism activist and a special needs parenting coach. A TV news journalist, writer and trainer by profession, Mugdha has chosen neurodiversity awareness as her mission and she uses all her skills of research, writing, and communication to spread the word on inclusion and acceptance. Bookosmia is delighted to have this well known autism activist onboard and guiding us on our mission to make the world more inclusive to neurodiverse kids. Her Instagram @autismtalesiwithmugdha chronicles their life in the spectrum and she has a keen interest in child and adolescents mental health. for everything else it is mugdhakalra.com

K.R. Guruprasad has been associated with the sports pages of several newspapers over the last 16 years, as Sports Editor of DNA and previously the Indian Express and Hindustan Times. Guru is Bookosmia's default sports consultant, from Olympics to T20, he keeps the ball rolling. Guru has developed a finesse at zooming out of the myopic view of any game, instead looking at sports as a coming together of the players’ lives and struggles, skills and technique and much more. His book ‘Going Places. India’s Small-Town Cricket Heroes’ by Penguin is a great testament to this approach. An alumnus of Asian College of Journalism, was born in Bellary, Karnataka and later pursued his education in Mumbai.

Harini is a happy go lucky person who takes life as it comes, with varied interests and experiences- from software development at Wipro to curriculum development at Science Hopper to content marketing at Partyone & Jasti. Having worked with multiple start ups, she doesnt need to prove she is ever ready to take up new challenges. You can catch her humming or singing, sometimes even dancing to Bollywood songs most of the day!